NEW YORK (BLOOMBERG) - Apple's plan to reinvent cable TV is starting to look a lot like the strategy of its rival Amazon.com.

For the first time, Apple plans to begin selling subscriptions to certain video services directly via its TV app, rather than asking users to subscribe to them through apps individually downloaded from the App Store, according to people familiar with the matter.

This would simplify the process and bolster Apple's TV app on Apple TV, iPhones and iPads, making it a central place for people to find, watch, and buy content. It would also be another way for Apple to keep boosting it's services business, which it expects to generate US$50 billion (S$67 billion) a year in revenue by 2021.

Right now, the TV app aggregates content from other providers, allowing people to locate shows from a wide array of apps and channels like ABC, NBA League Pass and HBO, rather than having to hop between different apps.

But then Apple sends customers outside its app to buy access to those channels or watch shows. With the pending change, subscription purchasing would move to the TV app.

Apple could eventually move the streaming to its own app, instead of sending users to third parties.

Cupertino, California-based Apple plans to roll out this feature in the next year, the people said, asking not to be identified discussing plans that aren't public. 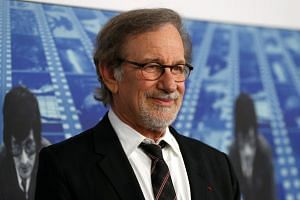 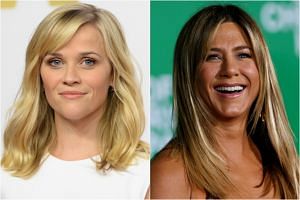 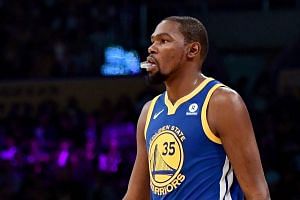 With growth in iPhone sales slowing, Apple is now looking to services such as Apple Music and iCloud storage and content subscriptions to boost its financial results.

Sales from services climbed 31 per cent in the most recent quarter, reaching a record US$9.2 billion.

Apple is positioning the TV app much like Amazon does with its Channels programme, which allows customers to add subscriptions for HBO, Starz and Showtime to Amazon Prime Video.

Customers who pay an annual subscription fee for Prime also get access to video and music streaming, and they can pay extra for a more robust content library. HBO, Starz and others have credited Amazon with helping them boost new online services by marketing them to its base of more than 100 million Prime customers.

Apple is also one of the biggest sellers of movies and TV shows thanks to iTunes, but it has largely missed out on the wave of on-demand services now replacing the online sale of individual titles. Netflix and YouTube, owned by rival Alphabet, operate the two largest online video services in the world outside of China.

Apple's leadership has explored different ways of getting into the online video business over the past few years without committing to any one direction.

The company flirted with creating an online package of live TV channels before recent efforts by YouTube, Hulu and Dish Network Corp. It also tried to create a package of premium channels like HBO, Starz and Showtime for a discounted price.

The networks baulked. Instead of the live TV service, Apple launched the TV app in 2016, pulling together content from existing apps.