SINGAPORE - All 3.3 million SingPass users will be automatically enrolled in MyInfo, a government-backed digital vault of their personal data, by year end.

The auto-enrolment will increase the pool of MyInfo users from the existing 200,000 Singapore residents who have signed up for the service, said GovTech, the agency behind tech transformation in the public sector, in a statement on Tuesday (Sept 26).

The MyInfo service consolidates Singapore residents' personal data and dishes it out on users' request to auto-fill government and bank forms online, say, when they are applying for or renewing work permits for domestic helpers or opening bank accounts.

Users' profile on MyInfo will be generated automatically. They cannot opt out of the scheme.

Minister-in-Charge of GovTech Janil Puthucheary said: "We envision MyInfo to be a key part of our Tell-Us-Once ecosystem, and we see this as a key enabler of our Smart Nation initiative."

He noted that MyInfo is also a "next step" towards forming a national digital identity for every resident, layering on the 14-year-old SingPass authentication system set up for Singapore residents to access e-government services. 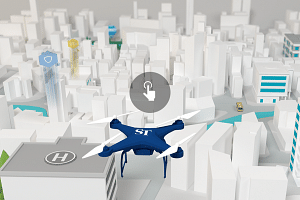 "With this expansion of MyInfo, every SingPass user will get the added convenience of just confirming their pre-filled information when transacting with selected online government services."

Launched by GovTech and the Ministry of Finance in May 2016, MyInfo pulls data such as one's name and registered address from seven public agencies. These agencies include the Immigration and Checkpoints Authority, the Inland Revenue Authority of Singapore and the Urban Redevelopment Authority.

The target is to have all 160 government e-citizen services linked to MyInfo by 2018, from the current 24.

Earlier in May this year, MyInfo was extended to four banks - OCBC, United Overseas Bank, DBS and Standard Chartered - to allow customers to auto-fill forms for 19 digital services, including credit card application and the opening of bank accounts.

Dr Janil said MyInfo will be expanded to locally registered businesses by the end of this year, but did not provide details.