Gisin, lying third fastest after the opening downhill, displayed nerves of steel in the slalom to clock an aggregate time of 2min 20.90sec.

"It's amazing to be on the podium with two such amazing skiers," she said. "I knew I'd have to deliver the slalom of my life to have a chance to get that gold medal."

Shiffrin, who won the giant slalom gold in Pyeongchang but could only finish fourth in her favoured slalom, was almost a second back, while another Swiss racer, Wendy Holdener, claimed bronze.

Lindsey Vonn, leader in the downhill, failed to finish the slalom.

"It's a nice way to end the Olympics," Shiffrin said of her second medal. "I started off with a bang and ending with a medal on the podium is really cool.

"I came into these Olympics knowing I could be a medal threat in multiple disciplines," added the American.

"After the gold in the giant slalom, I was really hopeful and positive. Then I had a tougher day in the slalom but it still feels good though."

The race had been billed as a rare showdown between the past and future of women's alpine skiing, but Gisin proved to be the fly in the ointment in the clash between Vonn and Shiffrin.

The combined, the last individual ski race of the 2018 Winter Games, was their only head-to-head match-up in South Korea.

Shiffrin skipped the downhill after the combined was brought forward a day and Vonn, battling back from a raft of injuries, missed the technical events to focus on the super-G and downhill.

The pair rarely compete against each other on the World Cup circuit because of their preferred specialities. But there was still a feeling that the baton has been passed.

The 33-year-old Vonn, who has the most World Cup victories by a female skier (81), is closing in on Ingemar Stenmark's record of 86 World Cup wins and has pledged to ski on until she breaks that mark.

"I knew I had to risk everything," said Vonn, who won downhill bronze in midweek. "I used to win slaloms but now my body doesn't cooperate with me as much as I would like." Shiffrin, 22, has already racked up 41 World Cup victories and could realistically target not only that record but also many more Olympic and world championship medals.

Shiffrin took to the start gate with a 0.76sec advantage over Holdener, who won silver in the Pyeongchang slalom and world combined silver last year, and the American could be seen chewing her lips in stress as she readied herself.

Despite losing some time midway through the course, Shiffrin powered through to the bottom to take first place, 0.47sec ahead of Holdener.

"I made a bit too big a mistake in the downhill to come back from that in the slalom but I can be really proud of a lot of the turns I made," she said.

The Swiss were determined to spoil Shiffrin's party.

First up for the Swiss, however, was defending world combined champion Wendy Holdener, 10th fastest after the downhill, who produced an electric slalom run of 40.21sec to lead with 2:22.34.

But then came Holdener's team-mate Gisin, who ripped down a near-faultless run to leapfrog Shiffrin by almost a second.

"That was about as good a run as I could have done," said the 24-year-old, following with aplomb her elder sister Dominique's tracks - she won joint downhill gold with Tina Maze in Sochi.

"My sister made me believe that you can grab the stars and that's what I did today." 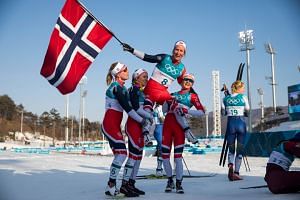 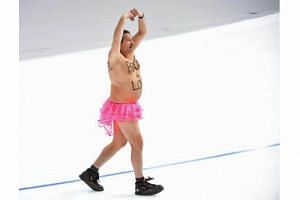 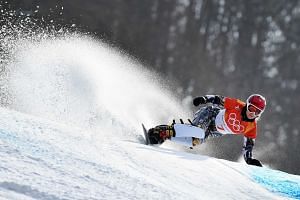 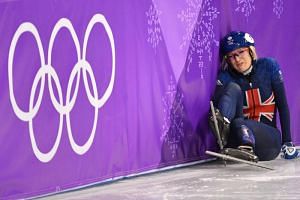 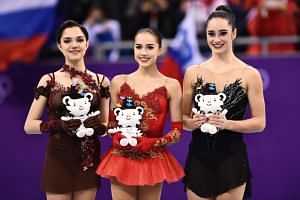 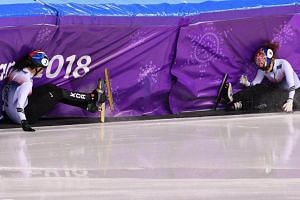 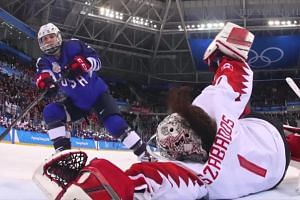 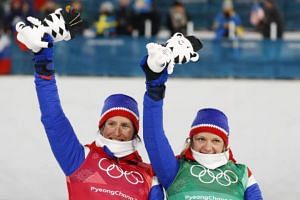 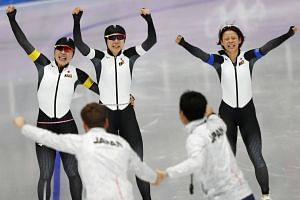 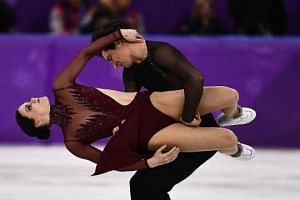 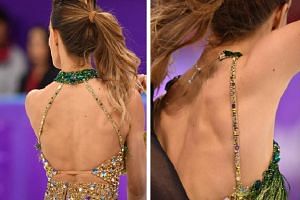 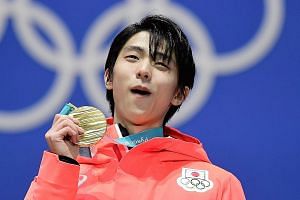 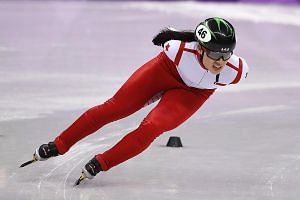