MILAN (REUTERS) - The future arrived late but after some old-fashioned glitches, two Russian trailblazers fired the first shots in what could be a revolution in tennis at the Next Gen ATP Finals on Tuesday (Nov 7).

"Tennis Re-invented" is the catchphrase of the tournament launched this year by the ATP to showcase the young men it hopes will lead it towards a brave new world, together with a raft of innovations designed to catch a new wave of tennis fans.

Sunday's botched draw ceremony, which was branded as "sexist" and "trashy", was hardly what the ATP had in mind - forcing them and sponsors Red Bull to apologise after players had to select glamorous models to determine their round-robin group.

And all the talk of new technology, gizmos and enhanced fan experiences looked a little lame when, minutes before Karen Khachanov and Daniil Medvedev were scheduled to appear for the tournament's opening salvos, workmen were still welding pieces of the temporary stadium together.

Yet once the crowds, many of them children, eventually filled the humongous aircraft hanger-sized hall at the Fiera Milano, there was much to savour as Khachanov and Medvedev showcased their considerable skills - and the new rules that would make traditionalists wince.

"I really liked it. It was very fun for me, I mean, it's something new and fresh," 21-year-old Medvedev, who announced himself by beating Stan Wawrinka at Wimbledon this year, said.

There is a school of thought that men's tennis, still in the midst of its golden era, is not broken. So don't fix it.

Yet the ATP knows the clock ticks ever louder on the careers of Roger Federer, Rafael Nadal, Novak Djokovic and Andy Murray - who are all in their 30s.

Hence it wants to promote the "Next Gen" led by Germany's Alexander Zverev, who withdrew from Milan to concentrate on playing with the "grown-ups" at next week's ATP Finals in London. 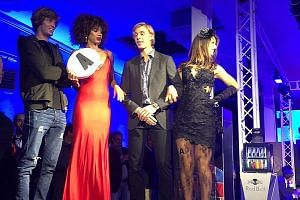 With a black hole looming, that is why they have invested so much time and effort into making the Milan event rock.

Featuring the top seven players in the ATP rankings aged 21 and under - minus world No. 3 Zverev - and with an Italian wildcard, it is tennis on fast forward.

For starters sets were played to four with a tiebreak at 3-3. With no advantage points, deuce effectively became "sudden death". Five of the first six games of the match, eventually won by Medvedev in one hour 48 minutes, were decided that way.

A shot-clock ticked away in the corner to enforce the 25-second rule between points - ironic considering the tardy start.

It didn’t make any "stupid mistakes" Medvedev said, although Khachanov did not like the tone of the voice.

Italian crowds don't need an excuse to make noise and the scrapping of any requirement for them to stay silent, or stay still during play, meant a constant hubbub created a soundtrack for the action.

"It was really tough at the beginning to try to focus on your game," Medvedev said.

Experienced Brazilian chair umpire Carlos Bernardes still presided over the action - yet even he got left behind.

In the second game of the third set he instinctively called out "let" when a Medvedev serve flicked the net - forgetting that service, for this week at least, are fair game.

Another novelty was the sight of the players wearing headphones at the end of sets - not to listen to their favourite tunes, but to take advice from their coaches.

Any notion that the tournament would be a "hit and giggle" affair was quickly put to bed by action between world No. 45 Khachanov and Medvedev, ranked 20 places lower.