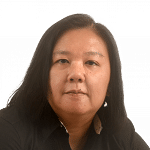 SINGAPORE - Quah Zheng Wen's hopes of qualifying for the men's 200m butterfly final at the Fina World Championships were dashed in Gwangju, South Korea, on Tuesday morning (July 23) after the 22-year-old swimmer clocked 1min 59.10sec in the heats.

He finished 27th in a field of 47 swimmers and missed out on a semi-final spot.

Four-time European junior champion Kristof Milak of Hungary was quickest in the heats in 1:54.19, while Japan's Seto Daiya and Denys Kesyl (Ukraine) were second and third in 1:54.56 and 1:55.82 respectively. Defending champion Chad le Clos of South Africa was fifth fastest in 1:56.17.

Quah's time was well off his personal best of 1:56.01 set at the 2016 Rio Olympic Games and over two seconds slower than his last outing at the world meet in Budapest two years ago. He had finished 18th then after clocking 1:56.76.

Quah, who is based in the United States, had chosen to focus on his pet event, the 200m fly, at this year's event in a bid to make the top eight. At the last world championships, he did not progress from the heats in all five of his events - 50m, 100m and 200m backstroke, 100m and 200m fly.

"I am very disappointed with my performance but I am putting these feelings aside so I can put my 100 per cent in the relays coming up," said Quah, who is pencilled in for the men's 4x200m freestyle on Friday and Saturday's 50m backstroke. "I've learnt a lot about things I can improve on and it's not over yet,"

Singapore head coach and performance director Stephan Widmer said: "Zheng Wen could not find the zone today to go out and execute the race plan. His 200m fly this morning was definitely not what he is capable of.

"He is a great racer, he can attack and that's what he needs to do more confidently for his next individual races and the relays."

With a number of world and continental records falling at the championships since Sunday, the morning session saw China's Yan Zibei claiming a new Asian record in the men's 50m breaststroke. The 23-year-old was sixth fastest in the heats in 26.93sec, lowering the previous best of 26.94 clocked by Japan's Yasuhiro Koseki last year on the Mare Nostrum tour. This is Yan's third Asian record in Gwangju, after he bettered the 100m breaststroke mark twice in the semi-finals and final.

The much-anticipated clash between China's Sun Yang and Mack Horton of Australia in the men's 800m freestyle failed to materialise after the latter finished 14th to miss out on the semi-finals.

Horton had earlier snubbed the controversial world champion at the victory ceremony for the 400m freestyle, resulting in Fina issuing an official warning to Swimming Australia and the athlete.

Sun, who qualified for the 800m semi-finals after placing eighth, is accused of smashing blood samples in front of testers last year and faces a lifetime ban if found guilty by the Court of Arbitration for Sport.