On The Ball: Three Lions must find a way to beat the heat 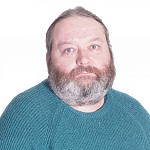 The main message from those who are following England at the World Cup in Qatar is that it’s hot. Very hot.

And if not unbearable, then very possibly oppressive. After barely a week of acclimatisation, that presents a problem for Gareth Southgate’s men who played Premier League football less than 10 days ago amid squally showers and a biting autumnal wind.

Much of the same goes for most of the World Cup’s European contingent, of course. So that excuse, which was floated when England wilted eight years ago in Brazil, will provide little protection should the Three Lions fail to live up to expectations.

Just what are those expectations? The lack of the usual three- or four-week build-up to a major tournament means very little pressure or hype has built up.

A group that reached the semis four years ago and lost the European Championship final in 2021 have not lost any of their leading players, though, when facing Iran at the Khalifa International Stadium at 9pm (Singapore time) on Monday.

But the key question is who Southgate will pick in defence.

Kyle Walker, whose speed and athleticism make him indispensable as the right side of a defensive trio, is still to recover from a shoulder injury. It is hoped the Manchester City man can play his part later in the tournament.

The selection or not of Harry Maguire is key, and a test of Southgate’s loyalty to those who served him in the last two tournaments. The Manchester United player is a reserve at his club, having made a disastrous start under Erik ten Hag.

Southgate would love to have the steady rock Maguire was in Russia and at the Euro, someone whose passing from defence added fluidity to the attack.

Does that player still exist? Or will the mistake-prone Maguire of recent times, someone who wears his personal disappointments heavily, reappear?

Iran under Carlos Queiroz, the wily, former Manchester United assistant manager, are expected to be defensive.

As ever, England’s scoring burden will be on captain Harry Kane. The Tottenham Hotspur striker has been in decent scoring form, racking up seven goals in his last 13 matches, despite his club manager Antonio Conte saying that he was tired.

Who plays off Kane is another question of Southgate’s loyalty. Raheem Sterling was superb at the Euro, but his move to Chelsea is yet to be a success.

Mason Mount in midfield is another Euro hero struggling amid the Blues’ slump, while England are yet to see the best of Phil Foden, a leading man at City.

Jude Bellingham seems likely to start and can be one of the breakout stars of the tournament. There is much optimism in the 19-year-old, a midfielder who can carry the ball, score goals and also do the dirty work.

The Borussia Dortmund captain adds freshness and dimension to a team who usually reflect Southgate’s innate, careful conservatism, a formula delivering successes that gives England plenty to live up to in Qatar.

Iran represent the first chance to gauge the temperature of their challenge for the World Cup.

More On This Topic
World Cup: Which England will show up in Group B?
World Cup: Fans ‘right’ to have high expectations of England, says James Maddison