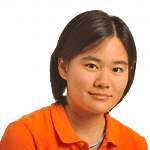 RIO DE JANEIRO - They were both strangers who were familiar with the Olympic values.

So when New Zealand's Nikki Hamblin and American Abbey D'Agostino met at the Olympic Stadium track during the women's 5,000m heat on Tuesday, they showed the world what they knew.

After they tripped over one another 4½ laps into the race, D'Agostino helped her rival up.

Instead of making up for lost seconds, she got down to urge Hamblin to continue, with the 28-year-old seemingly in pain after falling on her shoulder.

D'Agostino herself appeared to be carrying a knee injury from the accident yet refused to quit.

The 24-year-old continued to run but soon collapsed on the ground. In a role reversal, Hamblin helped D'Agostino to her feet.

D'Agostino, however, told Hamblin to go on without her, and the New Zealander finished 29th overall in 16min 43.61sec.

D'Agostino then limped across the finish line - a place and 26.41sec behind Hamblin.

They shared a hug before D'Agostino was taken off in a wheelchair.

"That girl is the Olympic spirit right there," Hamblin said. "I've never met her before. Like I never met this girl before. And isn't that just so amazing. Such an amazing woman.

"She helped me first. I tried to help her. She was pretty (badly injured)."

The crowd gave the pair an ovation for their perseverance and sportsmanship.

"When someone asks me what happened in Rio in 20 years time, that's my story."

The story is set to have another chapter.

Both athletes were given places in Friday's final after their team officials successfully submitted protests.

The final typically has a field of 15 athletes. There will be 18 on Friday after Austria's Jennifer Wenth was also advanced as she was impeded in the collision.

Ethiopia's Almaz Ayana was the top qualifier, finishing in 15:04.35.