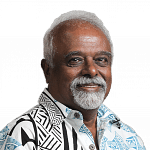 On that score alone, TMCC excelled with pure camaraderie and mutual understanding in amassing 132 points to SICC's 123 points and Warren's 120 points for the honours.

Both TMCC's overall team captain Melvin Choo and women's captain Jasmine Chew hit the nail on the head when they described "team effort" as their main contributing factor for the crown.

Chew said: "It was all down to the team, and every member played his or her heart out to ensure we finish tops. There was strong synergy between our men and women."

Choo (handicap index 15) was more direct, saying: "Although the men gave of their best, this year's stars were the ladies, who in all three divisions played outstandingly.

"They kept us within striking distance of the leaders going into the final round, and played extremely well to dominate the fifth leg. I cannot be more proud of them, and the men.

"Going into the final round, we were in fourth place and the results between us and the top teams were tight.

"But instead of getting distracted, our team relished the challenge and raised their game."

In the final leg, TMCC scored a massive 64 points over SICC's 48, Warren's 43, National Service RCC's 43 and Seletar Country Club's 49 to shoot to the front.

The two TMCC teams brushed aside the problems and challenges posed by the Covid-19 pandemic because training sessions were interrupted, and raced to the title.

Choo added: "We've been together for quite a few years and are very experienced; it also helps that the league team include members who are competitive and self-motivated.

"We're also very fortunate to have the club's unwavering support. In particular, our previous club captain Lee Lian Hong had always been the rock behind the team."

Choo stressed that it was a joy to work with the team, especially considering the support he had from his captains Ken Sugino, Chew, Jeffrey Ho and Wendy Lim.

He thanked member Tan Teck Kee and his company, 8028 Holdings, for the sponsorship for the past two seasons. He also underlined the unwavering support from Oliver Dennis and Adidas.

When asked to name the star of the team, Chew, who received her handicap in 2003 and holds a 10.4 handicap index, stated that all 15 players in the squads were "stars" and said: "We have always been united as a team, hence the results were above my expectations."

She added: "I'm grateful to Wendy for her efforts in arranging weekly practices to build chemistry and ensure everyone was in good spirits. Also coach Daren Lim volunteered himself to provide the team with tips at the practices."

SICC captain Vincent Khua (handicap index 0) was gracious in defeat when he said: "We topped the premier division, buoyed by players such as Lam Chih Bing and Lam Zhiqun, but the competition format calls for strength in all seven categories. In that respect, TMCC had a better all-round side, and they deserved the title."

More On This Topic
Lawyer Tan Chong Huat takes over from Ross Tan as Singapore Golf Association president
Golf: European Tour to return to Singapore in 2023 after nine-year hiatus