Chase Carey, the 62-year-old vice-chairman of 21st Century Fox, has been named the new chairman of Formula One after the racing company was bought over by Liberty Media for US$8 billion (S$10.8 billion).

Mr Carey has been with the media tycoon's News Corporation since 1988 and is so close to the throne that Mr Murdoch has said that it's Mr Carey who will be tapped to take over in a pinch.

"Chase is my partner, and if anything happened to me, I'm sure he'll get it immediately," Mr Murdoch told the press in 2012, raising the question of the delicate power balance between Mr Carey and Mr Murdoch's son James.

2. He pushed for Fox network to be sports-oriented

Mr Carey's instincts led him to push hard for the Fox network to be sports-oriented in its early years in the 1990s. He even negotiated a US$1.6 billion deal for the National Football League's television broadcasting rights in 1993 - making a bid that was head and shoulders above competitors' offers.

This focus on sports was a gamble that paid off and built up Fox's reputation. 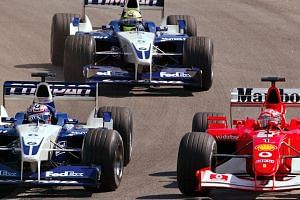 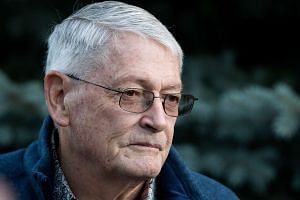 Who is John Malone, the man behind the takeover of Formula One? 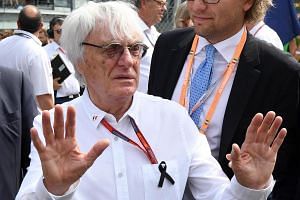 Formula One: Takeover could break F1 into US market, hasten exit of Bernie Ecclestone

In 2012, News Corp separated its publishing and media and entertainment businesses into two distinct publicly traded companies. Mr Carey was supposedly a driving force behind the split.

If the American football investments were not enough of a hint, Mr Carey is an avid sportsman.

He played rugby in university and, as a New Yorker, is a fan of their Yankees baseball team and Giants American football team.

The Wall Street Journal reported that Mr Carey even installed seats from the demolished Yankee Stadium in his office.

Although his legal paperwork may say Charles G. Carey, Mr Carey prefers to go by Chase.

Does that sound like a bro's name? Mr Carey was active in the Delta Upsilon fraternity during his college years at Colgate University.

His executive lunches tend to be a hamburger with fries, and he likes a beer on his subway ride home.

5. The moustache isn't just for show

According to The New York Times, Mr Carey was headed to yet another American football game during his university days, when he was involved in a car accident.

Mr Carey flew through the windshield but survived.

He once made No. 2 on Vanity Fair magazine's list of powerful men with mustachios.