Nassar - who was involved with USA Gymnastics for nearly three decades and worked with the country's gymnasts at four separate Olympic Games - could face at least 25 years in prison on the charges brought in Michigan.

Nassar had been charged with 22 criminal counts of sexual assault in the Midwestern state, for abusing athletes under the guise of offering them medical treatment.

As part of a plea agreement, Nassar admitted to seven counts of abuse. Three of his victims were under 13 years old, and the others were between 13-15 years of age.

A handcuffed and seemingly gaunt Nassar told the court he had prayed for his victims and was "horribly sorry" for his crimes, which relate to events in Michigan that took place between 1998 and 2015.

"I want them to heal. I want this community to heal," Nassar said.

Olympic gold medal-winning gymnasts Aly Raisman, McKayla Maroney and Gabby Douglas are among those who have said Nassar abused them. 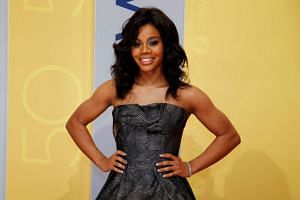 "It started when I was 13 years old, at one of my first National Team training camps, in Texas, and it didn't end until I left the sport," Maroney said last month.

"It happened in London before my team and I won the gold medal, and it happened before I won my silver (in vault in London)," Maroney wrote.

Nassar's case was part of a wide-ranging scandal which forced the resignation of USA Gymnastics chief Steve Penny last year.

Penny was accused by victims of failing to quickly notify authorities about abuse allegations.

USA Gymnastics also said it has adopted a new "safe sport policy" in response to the Nassar scandal that requires "mandatory reporting" of suspicions of sexual abuse.

Prosecutors told the court all of the victims had approved of the plea agreement, under which eight charges were dropped.

His sentencing hearing on the Michigan charges was set for Jan 12.