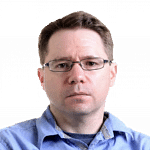 It says something about the talent in this Belgium team that they can seem unimpressive and underwhelming and yet still emerge the most emphatic winners of the genuine favourites to lift the World Cup.

As Germany lost and Spain, Argentina and Brazil drew, only France of the elite had begun by taking three points until Belgium's Golden Generation began their quest for silverware with three goals. They contrived to be mediocre for 45 minutes and still sweep Panama's dogged debutants aside.

It could be deemed a game of two halves. Romelu Lukaku only had seven touches in the first, when Belgium's passing was laboured and their set-pieces were poor, but scored two in six minutes in the second, albeit only after Dries Mertens opened the floodgates in memorable, magnificent fashion.

Five days in, this World Cup has already featured some wonderful goals. This was another for the highlights reel, a beautiful volley from an acute angle.

It had just a hint of Marco van Basten's magnificent strike in the Euro '88 final for Holland against the Soviet Union and it was an advertisement for the merits of getting Mertens on the pitch, however and wherever.

He has been prolific leading the line for Napoli. He is crowbarred into the Belgium side as an inside-forward because Lukaku is the focal point of the attack.

He showed why with a clinical brace. His first was made in Manchester, headed in from a lovely, outside-of-the boot cross from Kevin de Bruyne. Then Eden Hazard released him on a swift counter-attack and Lukaku delivered his 42nd goal of the season for club and country with a deft chip.

He benefited from space opening up after Mertens struck. Belgium's final ball was misjudged when Panama made themselves hard to break down.

His team scarcely required three central defenders when there were long periods when they had no one to mark. Even Panama's nominal striker and record scorer Blas Perez operated deep in his own half.

Meanwhile, the problems of fielding winger Yannick Carrasco at wing-back were demonstrated when he was caught dozing by Michael Amir Murillo. Thibaut Courtois made a fine save to deny the underdogs an equaliser before Lukaku clinched victory.

Panama certainly proved combative opponents, collecting five bookings with their competitiveness and turning the game into an attack-versus-defence exercise with their obduracy.

Goalkeeper Jaime Penedo made fine first-half saves from Mertens and Hazard. Captain Roman Torres, whose goal took Panama to their maiden World Cup, almost gifted Hazard a strike but denied Lukaku one with a wonderful interception.

At that stage, their fervent fans were even cheering every stoppage in play. By the end, Belgium had more to celebrate.