ZURICH (REUTERS) - Swiss soccer executive Gianni Infantino vowed on Friday to lead Fifa, the sport’s world governing body, out of years of corruption and scandal after being elected president to succeed Sepp Blatter.

“We will restore the image of  Fifa and the respect of  Fifa, and everyone in the world will be proud of us,” the 45-year-old law graduate, for the last seven years general secretary of Europe’s governing body Uefa, told an extraordinary Fifa Congress in Zurich.

After a close first round of voting in which he narrowly beat Asian Football Confederation President Sheikh Salman bin Ebrahim Al Khalifa of Bahrain, Infantino appeared to gather up all the votes that had been cast for the two trailing candidates, scoring a simple majority of 115 votes in the second round to Salman’s 88.

Infantino owed his candidacy to the fact that Europe’s preferred candidate, his boss, Uefa president Michel Platini, was banned from football last year along with Blatter for ethics violations.

He now inherits a very different job from that inhabited by his compatriot Blatter, who toured the world like a head of state for 17 years, dispensing development funds to his global support base. 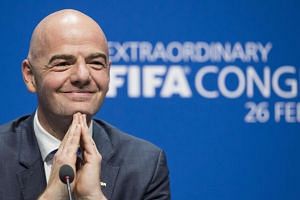 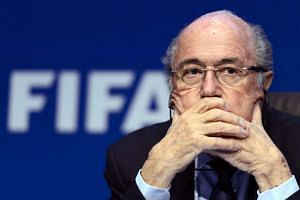 Football: Infantino has 'qualities to continue my work', says Blatter

Before the election, the Congress had overwhelmingly passing a set of reforms intended to make it more transparent, professional and accountable.

The package should mean that the new president will face much closer scrutiny than Blatter did, and have less influence over the day-to-day management of the organisation’s business affairs.

The reforms include term limits for top officials and disclosure of earnings, and a clear separation between an elected Fifa Council responsible for broad strategy and a professional general secretariat, akin to a company’s executive board, handling the business side.

Much of Infantino’s pitch centred on his commercial acumen; during his seven years as general secretary, revenue from Europe’s club competitions has grown dramatically, but so has inequality between the rich, powerful elite clubs in Europe’s four big leagues and the rest.

But many of the skills now required will be in crisis management.

Criminal investigations in the United States and Switzerland have resulted in the indictment of dozens of soccer officials and other entities for corruption, many of them serving or former presidents of national or continental associations.

In addition, Fifa has been forced to investigate controversies surrounding the awarding of its showpiece, the World Cup finals, especially the decision to grant the 2018 tournament to Russia and the 2022 finals to Qatar, a small, scorching desert state with little soccer tradition.

Swiss authorities are reviewing more than 150 reports of suspicious financial activity linked to those awards, and said on Thursday they had sent more documents including an internal Fifa report to US investigators.