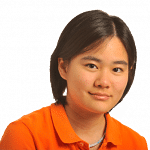 Before a ball was kicked at Euro 2016, The Straits Times identified 10 players who could change clubs this summer. We return to give our verdict on whether they are worth more euros after the Euros. Stones was one of four England players who did not get any game time in France. Goalkeepers Fraser Forster and Tom Heaton as well as Everton colleague Ross Barkley were the others who were unused substitutes.

While there was nothing to judge Stones on, it says a lot that the 22-year-old cannot break into this poor England side. Roy Hodgson's men conceded four goals in as many games, with neither Gary Cahill or fellow central defender Chris Smalling covering themselves in glory. That said, goalkeeper Joe Hart has to take the blame for two goals. Morata started the tournament slowly, misfiring against the Czech Republic in Spain's opening match. But the 23-year-old soon became one of the early contenders for the Golden Boot following a brace against Turkey and a goal against Croatia. Spain's defeat by Italy in the round of 16, however, ensured that the striker would not add to his haul. But he had already shown his composure in front of goal and poaching abilities by then.

As expected, Real Madrid have exercised a €30 million buy-back clause, ending Morata's time at Juventus. But the Spanish giants are expected to sell him on for a profit, and have slapped a €75 million price tag on the player. Kante did not do much wrong except pick up two yellow cards against Albania and the Republic of Ireland. That led to a one-match suspension against Iceland, and replacement Moussa Sissoko gave France manager Didier Deschamps no reason to drop him from the starting line-up with a series of good performances.

When Kante did play, he put in tireless shifts, made interceptions and passed the ball with accuracy. Many observers felt the 25-year-old should have started against Portugal in the final but ended up as an unused substitute. The defensive midfielder, however, will not be short of admirers. He has a £20 million (S$34.84 million) release clause in his contract and it will be a huge surprise if no club activates it. The 22-year-old midfielder was Portugal's best player in their opener against Iceland. He showed moments of skill, an ability to take on - and beat - defenders, and registered an assist when he cut the ball back for Nani to score. But he failed to shine in subsequent group matches against Austria and Hungary.

Gomes was hooked off after 50 minutes in the last-16 clash against Croatia following another anonymous performance. His replacement Renato Sanches offered so much more and ended up as the man-of-the-match. Gomes missed the quarter-final against Poland through injury and never regained his starting spot. The 29-year-old was one of the most outstanding centre backs in France. He was solid at the back, helping his team keep three clean sheets. But the ball-playing defender particularly impressed with his range of passing. His long balls behind the opponents' defence often got Italy going on the counter-attack.

He also showed plenty of character to step up and take the first penalty of his career against Germany when the Azzurri were 1-0 down in the quarter-finals. He might not have the armband but Bonucci is a natural leader. Goalkeepers are judged by their mistakes and the nine clean sheets he kept in Euro qualifying are now a distant memory. The 30-year-old did not have a single shutout in France and was solely responsible for the goal Romania conceded in their do-or-die clash against Albania. Ledian Memushaj's cross was headed in by Armando Sadiku after Tatarusanu decide to come off his line but got none of the ball.

Tatarusanu had struggled to deal with crosses earlier in the tournament, and had already been punished once before. In Romania's opening game against France, he flapped at Dimitri Payet's cross, allowing Olivier Giroud to head the opener home. Sane represented Joachim Low's final roll of the dice against France in the semi-finals. The forward was brought on as a 79th-minute substitute as Germany attempted to come back from a two-goal deficit. The 20-year-old did not have enough time to make an impact and remains an unknown quality on the international stage. He only has four caps for his country, but is expected to have a bright future. The 27-year-old was one of the biggest disappointments at Euro 2016. He failed to get a single shot on target in the group stage, touching the ball just 38 times in the opening three matches. In fairness to Europe's most dangerous striker, he was a marked man in France. Defenders swarmed around him and he often had to drop deep to get the ball.

To his credit, he opened the scoring against Portugal in the quarter-finals with aplomb. He also netted two unstoppable penalties in shootouts against Switzerland in the round of 16 and against Portugal. The striker really struggled in the Northern Ireland's opening defeat to Poland, cutting an isolated figure as team-mates searched for his head with long balls. The 28-year-old was dropped for the next game against Ukraine and only returned to the starting line-up for their last-16 clash against Wales. He offered little threat going forward but worked hard and helped out in defence.

With Wales' Hal Robson-Kanu scoring two goals, including a magical Cruyff-turn and finish against Belgium, Premier League clubs are likely to view the free agent as a better bargain buy. The 23-year-old's performances can be summed up like his last season for Everton: inconsistent. He started off poorly against an Italy defence that kept him very quiet. But Lukaku responded with a brace against the Republic of Ireland. He then failed to impress in the games against Sweden, Hungary and Wales. What was most disappointing was his heavy first touch and his inability to anticipate plays and make the right runs.

Reports suggest that Everton want £75 million for him but Lukaku has yet to prove that he deserves to command such a fee.