CANNING (AFP) - A sensational solo effort from Saul Niguez handed Atletico Madrid a precious 1-0 advantage over Bayern Munich from the first leg of their Champions League semi-final at the Vicente Calderon on Wednesday.

The Spanish under-21 international skipped past four Bayern players before firing into the far corner to give Atletico the perfect start after 11 minutes.

Bayern dominated for long spells thereafter, but the closest they came to a vital away goal was a thunderous long-range effort from David Alaba that came back off the crossbar. 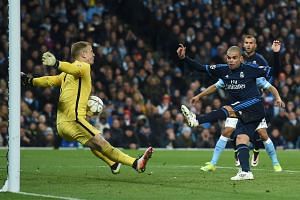 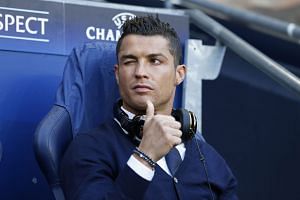 Atletico will travel to Bavaria for the return next Tuesday looking to complete the job to reach their second final in three years and exact revenge for their defeat to Bayern in the 1974 final.

"It is a fantastic victory, it is a great day for Atletico fans," Fernando Torres told BeIN Sports Spain.

"We have played the first half of the tie with the result in our favour and now we have to think about what is to come." Bayern lost the first legs of their semi-finals in the previous two seasons to Real Madrid and Barcelona on their way out of the competition and captain Philipp Lahm lamented their inability to score an away goal in Spain.

"We didn't think we'd have so many chances to score in the second half as we did, but we didn't use them," Lahm told ZDF.

"You have to use them in games like this, but we still have 90 minutes to come with the fans behind us to try and turn the game around." Bayern couldn't have made a worse start once more in the Spanish capital as, roared on by a vociferous support, Atletico flew out of the blocks early on.

Niguez had already had a long-range effort saved by Manuel Neuer before he opened the scoring in stunning style.

The 21-year-old picked the ball up near halfway and skipped past four half-hearted Bayern challenges before curling a left-footed shot in off the inside of the far post.

Atletico nearly gifted Bayern an equaliser immediately as Jose Maria Gimenez's miscued clearance pinballed around the area before the Uruguayan atoned for his initial error by clearing off the line.

Bayern were dominant in possession, but struggled to create clear-cut chances against an Atletico side that now hasn't conceded at home in their last seven Champions League knockout ties.

Alaba shot wide from distance, while Douglas Costa's free-kick nearly caught out Jan Oblak at his near post.

Yet, it was Atletico who squandered a big chance to make it 2-0 before the break when Antoine Griezmann's shot from a narrow angle was turned behind by Neuer.

Bayern were completely dominant after the break as Atletico tired and dropped deeper towards their own goal.

Alaba smashed a wonder strike off the underside of the bar from fully 35 yards before Javi Martinez's powerful header from Costa's corner was gratefully grasped by Oblak low to his right.

Guardiola had controversially left Thomas Mueller on the bench despite his 31 goals in all competitions this season.

The future Manchester City boss eventually called upon the German World Cup winner and Franck Ribery in search of a vital away goal.

Costa came close again seconds after Mueller's arrival as his attempted lob over Oblak dipped just over the bar.

Oblak was called into action again to parry an Arturo Vidal piledriver from distance.

Yet, once more Atletico had the best chance to put the tie beyond the German champions in the final stages as Torres hit the post from Griezmann's fine through ball and Neuer saved Koke's follow-up effort.

Oblak made simple saves from Mehdi Benatia and Vidal in stoppage time as Atletico held out to record their 33rd clean sheet of the season.