Remote video URL
Flight attendants from Emirates conduct a "flight safety"-styled routine showing Benfica fans how to enjoy their derby game against visiting Sporting Lisbon on Oct 25. The video of the routine has gone viral since. 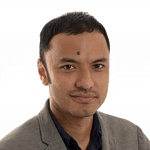 On Oct 25, the Portuguese Primeira league saw a derby game between Benfica and Sporting Lisbon.

As Emirates Airline had signed a three-year sponsorship deal with Benfica in May, it truly made a splash in the biggest way possible in this new season with a "flight safety"-styled demonstration by its flight attendants who walked onto pitchside before the match.

In front of 65,000 fans, the attendants went on to tell fans about the stadium's 32 doors, how to put their bags at their feet and put away electronic devices so they can concentrate on cheering their team.

The home fans from Benfica lapped it up.

Finally, the masterstroke? What to do when a goal is scored, and especially if there are children watching with them.

Here is the video again:

The only problem is: Visiting Sporting eventually whipped Benfica 3-0.

Nevertheless, the idea of the pre-match routine was to connect Benfica fans around the world with the hashtag #HelloLisbon.

Yes, frustrated Benfica fans might just seek solace watching this video instead of the game's highlights.