SINGAPORE - Veteran footballer Ismadi Mukhtar celebrates his 34th birthday on Saturday (Dec 16), but the occasion will likely be bittersweet.

The defender's career is in jeopardy: He parted ways with S-League club Tampines Rovers after the 2017 season but negotiations with other local clubs have stalled as the Football Association of Singapore (FAS) revealed a raft of changes to the league for the 2018 season.

The FAS' proposal looks set to see the introduction of age quotas, with teams allowed to sign only two to four players above the age of 30, depending on squad size.

"I have maybe two or three years (of playing time) left, but maybe I won't play anymore," said Ismadi, who has seven caps for Singapore. "I still have the hunger for the game, but I have a son to feed and it's frustrating to go through this (contract situation) every year.

"It (the age quota) is ridiculous; how are the younger players going to develop if there are not enough experienced players to guide them?

"Also, this is age discrimination. We have become the laughing stock of the region."

The players are not the only ones in a bind. Warriors FC had nine players in the over-30 age band in 2017 and general manager Paul Poh told The Straits Times that the club are now trying to resolve this issue ahead of next season.

It is the same with Tampines, who also had nine players in that age bracket last season, but are retaining only Daniel Bennett, Fahrudin Mustafic, Khairul Amri and Fazrul Nawaz for 2018. 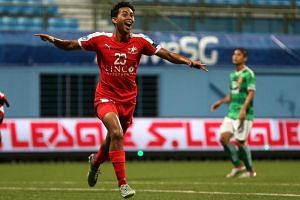 Football: Some FAS proposals like emphasis on youth and fitness lauded but not all parties are convinced 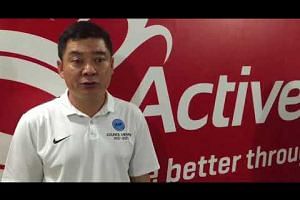 Football: Emphasis on youth the driving force behind FAS' revamp of the S-League

The accusation of age bias was also echoed by goalkeeper Hyrulnizam Juma'at, 31, as well as one current member of the Lions, who spoke on condition of anonymity.

The Singapore international, who has secured a club for next year and has withheld his name for fear of reprisals, said: "The Young Lions are going to take the best young players, so where are the local clubs going to find quality Under-23 players?

"Changes should be made bottom up, not top down.

"For me, it's okay because I have made back-up plans already, but my advice to players who are approaching their 30s is to go overseas and stay there for as long as possible."

Hyrulnizam, who is on the Warriors' retain list for 2018, added: "How many U-23 players will now think of football as a career, when your life as a footballer is practically finished when you reach 30?"

Tampines chairman Desmond Ong admitted the quotas have affected his player recruitment for next season.

He said: "There were three players in the 28-29-year-old range that I was interested in but they will hit the 30 mark in the next two years. So I didn't sign them.

"I have mixed feelings towards the U-30 age quota. It is very good that the S-League aims to produce more young players. They will rejuvenate the league and make it more vibrant and credit has to go to the FAS for promoting youth.

"But age is not the only barometer. It is not (defender) Bennett's fault that he is 39. He remains one of my best players and not many strikers can get past him."

The league tried to impose a similar quota for the 2015 season, only to backtrack within weeks after a backlash from players, as well as intervention by the Tripartite Alliance for Fair and Progressive Employment Practices (Tafep).

Tafep did not respond to queries from ST by press time on this new age ruling.

While FAS deputy president Bernard Tan insisted that there will be "no U-turn" this time, Ismadi is hopeful that things are not set in stone yet.

Ismadi said: "We can only hope for the best, otherwise we will all look like amateurs next year."