Super Mario delivered, stage one was cleared, and Germany progressed to the last 16 as Group C winners.

The world champions put in a video game-like first-half performance against Northern Ireland, with Mario Gomez's goal ultimately proving to be the difference between the sides.

Gomez, in his first start in a competitive game for Die Mannschaft in 1454 days, fired Germany ahead after half an hour from close range.

Namesake Mario Gomez had been employed as a false-nine in Germany's first two games. Despite dropping into midfield at the Parc des Princes in Paris, the Bayern Munich man had even more chances to get onto the scoresheet than in the matches against Ukraine and Poland.

Gotze came close to scoring in the 12th minute, when he shot at Michael McGovern from five yards out. 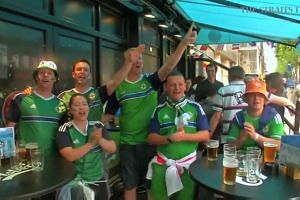 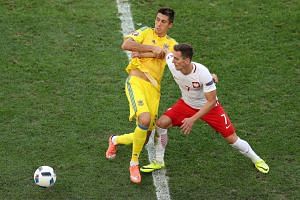 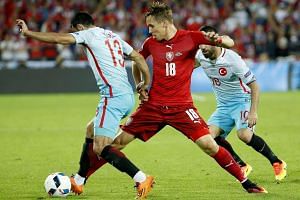 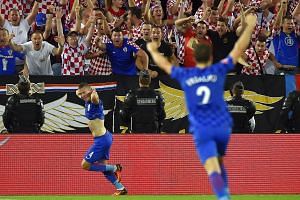 McGovern was also needed earlier to deny Thomas Muller from capitalising from a one-on-one situation.

Muller then twice struck the woodwork. But he continued to be an attacking threat, providing the lay off for Gomez's opener.

McGovern - helped by his disciplined, organised, and hardworking backline, kept the scoreline down.

Northern Ireland remained third in the group and now await their fate, with only the four best third-placed teams progressing. For Germany, it is game on.

- Germany came close to taking the lead in the 8th minute. Mesut Ozil slipped Muller in. The midfielder, eight yards out, was one-one-one with McGovern. But the goalkeeper raced off his line and saved.

- Four minutes, later, McGovern made another huge save. Gotze fired at him from five yards out. But McGovern made himself big. With the stopper off his line, Joshua Kimmich attempted a chip but his effort sailed way over the bar.

- In the 23rd minute, Kimmich's cross was chested down by Mario Gomez into the path of Muller. The Bayern Munich star shot across the face of the goal but it was just wide.

- In the 26th minute, Steven Davis registed Northern Ireland's first shot on target with a low drive from outside the box. It was comfortably saved by Manuel Neuer. A minute later, Kimmich's cross from the right flank was met by Muller. His diving header struck the post.

- Germany were not to be denied three minutes later. Muller, with his back to goal, laid the ball to Gomez in the box. The striker shot and the ball took a touch off Northern Ireland defender Gareth McAuley before hitting the back of the net.

- Muller almost doubled the lead after 34 minutes. Gotze, from the left flank, centred a low cross for Muller, who struck the underside of the bar.

- In the 40th minute, Ozil found Gomez in the box. With just the goalkeeper to beat, he scuffed his shot and McGovern claimed the ball.

- In the 52nd minute, McGovern saved Gotze's shot from close range. A minute later, Gotze got another bite. He met a ball into the front post but stabbed the ball wide.

- In the 82nd minute, Gomez's downward header from seven yards out was turned away by McGovern for a corner.

Despite a host of chances for Germany, they failed to win by a bigger margin. A combination of wastefulness in front of goal and well-drilled defences have ensured that Euro 2016 has been a low-scoring tournament so far. Before Tuesday's games, 51 goals had been scored at Euro 2016. The average of 1.82 goals per game is the lowest ever at the continental showpiece. On Tuesday, Germany and Poland became the first pair of teams to progress from their group without conceding a goal. McGovern. The 31-year-old from Hamilton Academical in the Scottish Premiership made big save after big save. And he could be the difference between Northern Ireland making the round of 16 and exiting the continental showpiece. Northern Ireland finished on three points and face an anxious wait to see if that haul is enough to put them among the four best third-placed teams. Goal difference could come into play, and McGovern ensured that his side have conceded as many as they have scored (two).

Germany's reward for topping Group C is a last-16 clash with either Albania, Slovakia or the third-placed team from Group F. Portugal are third in Group F with a game to play. Hungary, Iceland and Austria complete that group.

Northern Ireland remain third on three points. If they progress, they will take on either hosts France or Wales for a place in the quarter-finals.

Only Jurgen Klinsmann (five) has scored more goals for Germany at the European Champions than Gomez (four). Muller, who has 10 goals at the World Cup, is still searching for his first at Euro, but registed his maiden assist on Tuesday.

McGovern: "If it is not meant to be for us to go through, we will be very disappointed. It was busy today and mentally very hard. We knew every goal was crucial so wanted to keep keep it at one and maybe nick a goal of our own."