LILLE, France (AFP) – Robbie Brady struck with just five minutes remaining as the Republic of Ireland claimed a dramatic 1-0 win over Italy in Lille on Wednesday to reach the knockout phase of Euro 2016.

Brady’s goal arrived just when it looked as if Ireland were heading out due to a combination of Italy goalkeeper Salvatore Sirigu and Romanian referee Ovidiu Hategan.

Ireland had to win the match at the Stade Pierre-Mauroy against an Italian side already assured of first place in Group E and got the win they needed to set up a last-16 tie against hosts France.

Before Brady struck, Sirigu, standing in for Gianluigi Buffon in the Italian goal, made a superb save to deny Daryl Murphy while Hategan twice waved away Irish penalty appeals in the first half.

Coach Martin O’Neill made four changes to the side that lost 3-0 to Belgium last weekend in Bordeaux as Ireland looked for their first win over Italy in a competitive match since the 1994 World Cup in the United States. 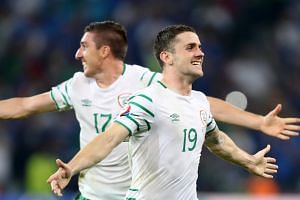 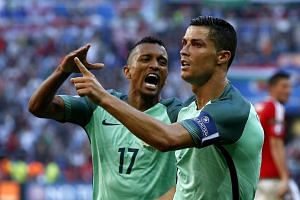 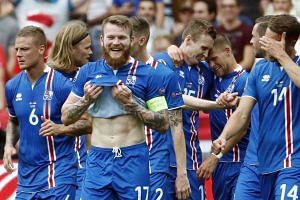 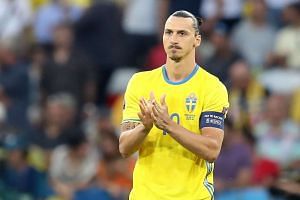 James McClean and Daryl Murphy started while it was all change in central defence with Richard Keogh and Shane Duffy chosen to partner one another.

With top spot in the group sewn up and with one eye on their last-16 tie against Spain next Monday, Italy coach Antonio Conte made eight changes to his side.

The lack of rhythm of what was essentially an Italian B team played into the hands of Ireland, who came out of the traps flying, adrenaline pumping and with a vast support behind them.

The roof was closed at the stadium, a decision which had the effect of raising the noise levels but also helped to protect a shocking pitch from further deteriorating before it is replaced for the knockout rounds.

The surface may not have lent itself to flowing football but Jeff Hendrick showed great technique to fashion a shooting opportunity on his left foot that flew inches wide from 20 metres out early on.

Murphy, who had never scored for Ireland in 21 previous appearances stretching back nine years, came closest to breaking the deadlock in the first half with a header from Brady’s 21st-minute corner that was tipped over by Sirigu.

Ireland were the better side and were twice left fuming at the match officials as penalty calls went against them in the final five minutes of the half.

First the Romanian referee and his assistants failed to spot Angelo Ogbonna wrestling with Murphy in the area and then he ruled that Federico Bernardeschi played the ball fairly as he took out McClean.

In between those two incidents which increased the temperature inside the arena, Italy threatened as Ciro Immobile shot narrowly past from 25 yards.

It had taken 43 minutes for the Azzurri to worry Darren Randolph but they needed only eight minutes of the second half to come close again.

This time the AC Milan wing-back Mattia De Sciglio crossed from the left and Juventus striker Simone Zaza, with his back to goal, hooked his shot just over.

The momentum began to slip away from Ireland after Sirigu turned away a Murphy strike from a difficult angle and captain for the night Seamus Coleman’s follow-up effort was blocked.

Italy substitute Lorenzo Insigne then curled a shot against the post and the last 16 looked to be slipping away from Ireland as Wes Hoolahan was denied by Sirigu when left with just the goalkeeper to beat on 84 minutes.

But Hoolahan was the source of the winning goal only a minute later as his cross from the right found Brady steaming in to head home.