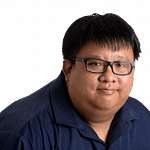 SINGAPORE - The Singapore Slingers consolidated their position at the top of the Asean Basketball League with a thrilling 78-77 double-overtime victory against defending champions Westsports Malaysia Dragons at the OCBC Arena on Sunday.

Down 72-77 with 1min 52sec left in the second overtime period, the Slingers roared back with six unanswered points to send the crowd into delirious joy.

Then, Leon Quek stole the ball in the Dragons' next possession, and it set up Alexander with score the winning points with another lay-up.

With the victory - their fourth straight in the six-team league - the Slingers stayed top of the ABL with seven wins and one defeat.