Lee added a fourth All England men's singles title to his impressive collection by beating Shi Yuqi from China in Birmingham.  The 34-year-old  is the oldest player to have won the All England title.

The Olympic silver medallist swept home 21-12, 21-10 in just 45 minutes; his opponent suffered a leg injury towards the end of the second game.

Lee, who won the title in 2011, 2012 and 2014, was expected to face his arch rival and defending champion Lin Dan from China in the final but all expectations fell flat when the former world No. 1 unexpectedly lost to Shi in the semi-finals.

Dtk Lee Chong Wei u made all Malaysians proud of u ! Superb display of skills n fighting spirit. 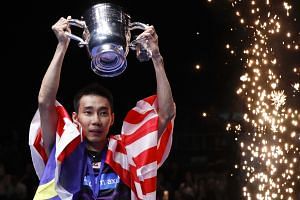 "Chan Peng Soon and Goh Liu Ying need not feel disappointed to get a silver; they played well. We will continue to support #AllEngland," he assured.

Badminton: A look back at world No. 1 Lee Chong Wei's career after a 4th All England win

Chan and Goh took the first game 21-18 and were leading the second game 17-16 when a disputed call from the umpire disrupted the Malaysian duo's rhythm, causing them to lose concentration.

It was the first final for the duo who had never gone past the semi-final stage.