These findings from a nationwide survey commissioned by the Ministry of Home Affairs last year were announced on Friday (May 17).

The poll involved face-to-face interviews with 2,000 Singapore residents aged 13 to 75.

Public support for drug policies was still strong, with about 98 per cent of the respondents agreeing that Singapore should continue to maintain tough laws to keep drugs out of the Republic.

Almost 90 per cent also agreed that laws are effective in keeping Singapore drug-free, while about 8 per cent gave a neutral response to the statement.

But the findings also showed that young respondents aged 13 to 30 were more open to cannabis use and the idea that it is not harmful to one's health,  compared to older respondents.

About 68 per cent of them said that cannabis consumption is harmful to one's health, 16 percentage points lower than the 84 per cent for those above 30.

About 80 per cent of the young respondents felt that cannabis should remain illegal in Singapore. This was lower than the 89 per cent of those above the age of 30 who agreed with the statement.

Minister for Home Affairs and Law K. Shanmugam said Singapore must preserve its tough laws and enforcement even as it seeks to educate Singaporeans on drug abuse and to rehabilitate drug abusers.

He added: "There is a very strong domestic support for our zero-tolerance approach towards drugs, which has been the reason behind the positive and improving state of our drug situation. 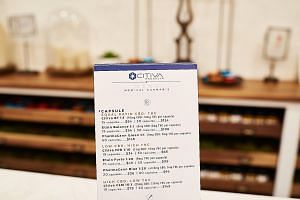 "However, there is an increasing push internationally for drug liberalisation, driven also by commercial interests. The stakes are high. If we let up, there are consequences for the safety and health of our people, our children and the future generations."

Results also showed that a majority of respondents - 93 per cent - felt that imprisonment is an appropriate punishment for drug traffickers.

However, fewer people believed the death penalty is an appropriate punishment for drug traffickers who traffick a large amount of drugs, with  70 per cent agreeing with it. About 18 per cent gave a neutral answer and about 12 per cent disagreed with it.

In a previous perception survey done by the National Council Against Drug Abuse in 2015 and 2016, it was found that 16 per cent of young people aged 13 to 21 had a liberal attitude towards drugs, up from 11 per cent in 2013.

The latest findings released on Friday come against the backdrop of an increasing number of young drug abusers below age 20 getting arrested - 2018 figures showed that the number increased by 30 per cent.