SINGAPORE - He had only bought his second-hand Honda Fit two weeks ago, but 15 minutes in Johor Baru was all it took for Yeoh Seng Hock to lose it to car thieves.

Mr Yeoh, a retired police officer, told The Straits Times he had made the short trip up north with his wife to have breakfast at Ah Soon Bak Kut Teh on Friday (Aug 14).

The eatery - a popular destination among Singaporeans - is located in Taman Sri Tebrau, about a 3km drive from the Causeway.

He had parked his car, which carries the registration plate number SGY5474T, barely 20m away at around 8am, in a row of Singapore-registered vehicles that also included a Mercedes.

"I went to check on my car about 15 minutes later as I was afraid of getting a parking ticket, but it had simply vanished," said the 75-year-old. "Only my car was gone from the row."

"I never thought anybody would be interested in an eight-year-old car, which was why I was confident of making a short trip to JB," said Mr Yeoh, who purchased the car on Aug 1.

He had been driving a Kia Picanto for the past nine years and had travelled to JB on occasion without incident.

Mr Yeoh reckons that his chances of getting his car back "are very slim", especially given the recent spate of car thefts that have been reported. 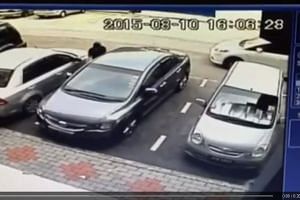 Car stolen in 10 seconds: Other cases of Singapore cars getting into trouble in Malaysia 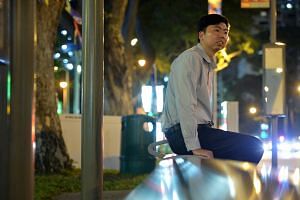 "This is a lesson to never take things for granted. From now on, it's the bus for me if I ever decide to go to JB again," he added.

Both vehicles have yet to be recovered

All three cases involved Honda cars and are notable for the speed of the heists. And while experts have advised motorists to take precautions such as using steering wheel clamps and to avoid parking in deserted or dimly-lit areas, Mr Yeoh believes that the brazen manner in which his car disappeared is a warning for drivers.

"My car was parked in broad daylight, so near a popular place among other Singapore cars. It is probably the work of a syndicate targeting Honda cars," he said.