SINGAPORE - Terror groups have increasingly tried to recruit and use women to further their goals in recent years.

Given this, it is all the more vital to study how women can fall victim to the allure of extremism, and understand the role they can play in countering radical ideology, participants at a forum on terrorism heard on Friday (May 12).

Speaking at the forum, Dr Jolene Jerard, a research fellow at the S. Rajaratnam School of International Studies said many young women are lured by a sense of romance and adventure when they travel to Iraq and Syria to marry foreign fighters.

But she added that many of the women from South-east Asia who join the Islamic State in Iraq and Syria (ISIS) do so to follow their husbands or other male relatives.

"ISIS has been able to recruit an array of women", she told about 50 religious teachers, Malay-Muslim community leaders, and Religious Rehabilitation Group (RRG) members at the forum which was organised by the group.

In August last year, a 34-year-old Singaporean woman was placed under a Restriction Order to curtail her movement and activities, making her the first woman to be dealt with under the Internal Security Act for terror activity in recent years. Her husband received a two-year detention order after he sought information online on how to travel to Syria to fight for ISIS. 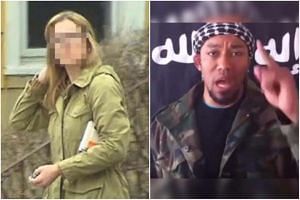 At the forum, Dr Jerard said some women who arrive in Raqqa, a Syrian city occupied by ISIS, join a female police unit that apprehends women for various infractions, such as not being fully covered in public. The exercise of authority over others gives them a sense of empowerment, she noted, adding this was what made some of them stay on.

Since 2009, there has been an uptick in recruitment propaganda created by women and aimed at women, said Ms Nur Azlin Mohamed Yasin, an associate research fellow at the S. Rajaratnam School of International Studies, who has been tracking extremist chatter online for 10 years.

The social media accounts of many women who have joined ISIS are filled with motivational religious quotes and anecdotes about their daily lives. Some of them even say that daily necessities are cheaper than back home as ISIS provides subsidies, she said, adding that such subtle appeals can be even more powerful than overt recruitment.

"They want to paint a picture that life with ISIS is possible and good," she said.

The advent of social media has also allowed women recruiters to circumvent traditional gender barriers to communicate with and recruit men as well.

In a closed-door session at the forum, Dr Rosleenda Mohd Ali, a psychologist with the Ministry of Home Affairs, also spoke about the important role that women play in preventing misguided family members from straying too far down the path of extremism.

Parliamentary Secretary for Home Affairs Amrin Amin, speaking to reporters, said that there should be efforts to get women more involved in countering radical ideology as they have a large influence on the views of family members.

"We have not tapped on the full potential of women as opinion multipliers... Women can truly shape the values of the family," he said.

The group has a total of 46 members.

One of the new counsellors, Ms Syifaa Yusra Mansor, 34, hopes that her familiarity with social media will help her build a better rapport with youngsters who need guidance. "I can also help speak to women who might not be comfortable talking to men," she said.