With less than three months before Funan DigitaLife Mall rolls down the shutters for a three-year revamp, many of its shops have made arrangements to move on.

Nine of 10 stores The Straits Times spoke to said they are moving to places such as Bugis Junction, Suntec City Mall, Plaza Singapura, Velocity and that other IT mall, Sim Lim Square.

Worldwide Computer Services is one of the two that will move to Sim Lim Square. Its managing director Muthiah Nagappan said: "In Singapore, if anybody wants to buy electronics, only two buildings are very famous, so we have no choice if Funan is closing."

It will be joined by computer repair shop Vital Repair and Parts.

Still others argue that there is no longer any need for a specialised IT mall. Mr George Tan, who runs mobile and gaming shop DigiVue, said: "The IT concept is redundant, since you can buy IT products anywhere in Singapore. We have to move with the times."

His store, formerly known as Microhouse, is the only one that will shutter when the mall closes on July 1. The shop had been at the North Bridge Road mall for about 30 years, he said. 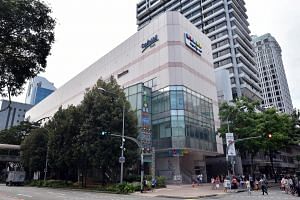 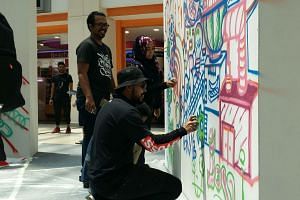 New Funan to go 'Beyond IT' 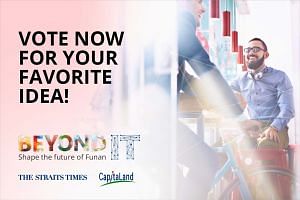 Beyond IT: Vote for your favourite ideas for the Funan of the future

The redeveloped mall is "one where shoppers can enjoy retail in a technology-enabled environment, with new experiences beyond just shopping and dining", said CapitaLand Mall Trust Management's chief executive officer Wilson Tan.

"Imagine a mall where you can try on outfits virtually, learn more about products and where they are made before you buy them, and eat with ingredients sourced from an urban farm in the mall itself."

A campaign for ideas called #BeyondIT was launched yesterday by CapitaLand and The Straits Times, inviting Singaporeans to submit ideas for this space in the heart of the Civic and Cultural District.

People can contribute their ideas under three broad categories, Play, Create and Live, on www.straitstimes.com/BeyondIT until May 31.

Ms Christine Li, director and head of research at commercial real estate firm Cushman & Wakefield, said that while CapitaLand has announced plans to move beyond an IT mall, "it might be a missed opportunity if the new Funan were to stray from this niche given its strong branding and name recognition".

Still, the future mall could be incorporating technological wizardry even if it does not retain Funan's IT focus.

CapitaLand has said the new mall will "set a new benchmark for experiential retail", a trend that SIM University marketing lecturer Dianna Chang sees as the future of retailing. "Experiential retail is an enhanced shopping experience created through technologies such as virtual reality, image recognition and automation," she said.

Singapore Polytechnic marketing and retail lecturer Amos Tan said such branding could give it a significant edge in a crowded and homogenous landscape. "The Internet cannot replace brick and mortar stores, but today's consumers want more than just walking into a store and buying a product - they want an experience," he said.

Software engineer Lester Chan, 32, said he used to frequent Funan's flagship Challenger store, but now buys most of his tech gadgets online, where prices can be 30 to 50 per cent cheaper. "It's a little sad that Funan is closing, but I don't think there will be a gap in the IT market as it is already a bit saturated," he said.

A version of this article appeared in the print edition of The Straits Times on April 16, 2016, with the headline 'Will 'new' Funan still have the IT factor?'. Subscribe
Topics:
More
Whatsapp Linkedin FB Messenger Telegram Reddit WeChat Pinterest Print Purchase Article Copy permalink