In this day and age, the third party that causes a marriage break-up may not be the usual "other woman" or "other man".

Family lawyers say they have been seeing more marriages unravel on account of an affair with someone of the same sex.

It is not common, but the 20 lawyers and private investigators that The Sunday Times interviewed say it is a noticeable development.

Many of the lawyers handle one or two such cases a year now. But there were hardly any such cases 10 to 15 years ago. At most, it was just one case every few years.

Lawyers and counsellors say many of the men and women involved may be gay, lesbian or bisexual, but repressed their feelings to conform to social norms or to please their parents by getting married and having children. But with society more open today, more of them are acting on their feelings. 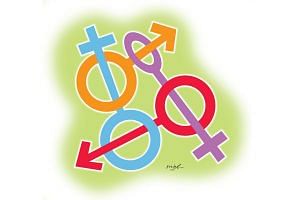 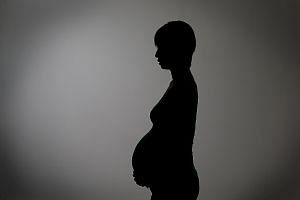 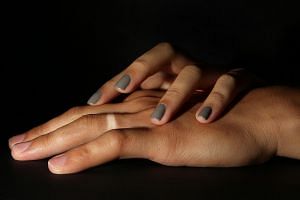 Private investigators say the proliferation of social media and dating websites has made it easier to seek and establish such relationships, especially for gay men.

Lawyer Gloria James-Civetta said one of her clients was suspicious when her husband, a hair stylist in his 30s, became more conscious of his appearance and was frequently out till late. The private investigator the client hired found that her husband often patronised gay clubs. When confronted, he confessed to being gay and told her he wanted to divorce her.

Ms James-Civetta said of the couple, who have two children: "He told her he felt pressure from his parents to marry. She felt deceived, like he did not really love her at all."

According to counsellors, when women get involved with a same-sex companion, it is usually the result of having developed a strong bond with someone who offers them the emotional intimacy they find lacking in their husbands.

Lawyers say some women even decide to end the marriage and leave the children to be with their new partners.

Lawyer Rina Kalpanath Singh, who has handled such cases, said: "They tend to shy away from fighting for custody. They may feel ashamed as same-sex relationships are not so accepted by society yet and they don't want to put their children through living with two parents of the same sex."

Understandably, the discovery that their husband or wife is gay or lesbian is traumatic. And many of these spouses demand a divorce, lawyers say. Ms Singh said: "The betrayal cuts even deeper when they find out the third party is someone of the same sex as their spouse."

Lawyers say adultery is not cited as grounds for divorce in cases of infidelity involving same-sex partners. This is because adultery is legally defined as a sexual relationship between a man and a woman who are not married to each other, but to other people. So these individuals file for divorce citing "unreasonable behaviour".

Lawyer Helen Chia said: "I'm certain this has been going on for some time. It is just that no one talks about it. The world we live in is more accepting, so people now dare to come out and talk about it."

A version of this article appeared in the print edition of The Sunday Times on May 15, 2016, with the headline 'When the third party is a same-sex partner'. Subscribe
Topics:
More
Whatsapp Linkedin FB Messenger Telegram Reddit WeChat Pinterest Print Purchase Article Copy permalink