Residents in Watten Estate, where Singapore's first case of Zika was detected, are not just sitting back and letting officers from the National Environment Agency (NEA) do all the work.

Some have scrutinised every nook and cranny of their homes or are keeping their windows closed, while others are not letting children out without mosquito protection.

Madam Tity Soe, 61, now allows her three-year-old granddaughter out of the house only if she wears long pants. 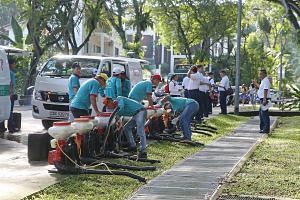 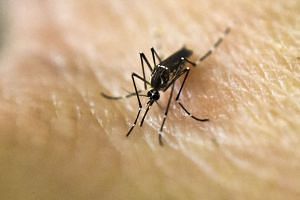 How Zika virus spreads, symptoms to watch for

Family members also have to put on copious amounts of insect repellent before they venture outdoors, even if it is just to their garden located right at their doorstep, said the retiree, who lives in Watten Estate Road.

The NEA said it has inspected around 700 premises since last Friday, and detected and destroyed 40 mosquito-breeding sites as of Sunday.

Of the breeding sites found, 26 were in homes and 14 in common areas.

When The Straits Times visited Watten Estate at around noon yesterday, NEA and pest control officers were out in force fogging drains and inspecting homes.

Home owners are still absorbing last week's news of Singapore's first Zika patient, a 48-year-old resident of the estate who had been in Sao Paolo, Brazil.

"You hear about Zika in the news, but you never imagine it hitting your estate," said Madam Soe.

"And just seeing so many NEA officers here each day is enough to make anyone more wary."

Former civil servant Shawn Quah, 76, who lives in Watten View, now burns two mosquito coils a day to keep the pests away from his home, something he used to do only during the rainy season.

And yet others, like housewife Chen Su Chiung, 70, have resorted to shutting their windows to prevent mosquitoes from entering their homes.

But despite the Zika scare, eateries in Greenwood Avenue said it is business as usual, although they, too, are playing their part.

Madam Nengsih Utari, 32, a hawker at Selera Nusantara, told The Straits Times in Malay that vendors have taken precautions to keep their workspaces clean and to ensure the drains are not clogged.

Mr Anand Mani, 31, a manager at Greenwood Fish Market & Bistro, said staff are making it a point to keep the outdoor areas clean to prevent stagnant water from collecting.

Everyone needs to play his part, said Mr Quah. "We cannot just depend on the NEA officers. The community needs to come together to do the little we can to prevent breeding."

Meanwhile, stall owners and patrons at the nearby Adam Road Food Centre said they are less concerned about the Zika virus as they are confident Singaporeans know the mosquito-prevention drill well.

Hawker Mohamad Iskandar, 34, said: "I think we have been trained since the threat of dengue fever and we know the steps to take as they are the same."