SINGAPORE - Vietnam may have objections to a recent Facebook post by Prime Minister Lee Hsien Loong that touched on its invasion of Cambodia in 1978, but this does not change the past as many view it or detract from Singapore being good friends with its Asean neighbour, Speaker of Parliament Tan Chuan-Jin has said.

In a Facebook post on Friday (June 7), Mr Tan said: "Vietnam may not like some of the comments made by PM and I guess they can choose to define the past as they see fit.

"This doesn't change the past as many view it. Nor does it detract from us being good friends or neighbours today. We are committed to that."

Last Friday (May 31), PM Lee wrote on his Facebook page that he had written to Thailand's Prime Minister Prayut Chan-o-cha to express his condolences on the death of former Thai premier and Privy Council president Prem Tinsulanonda on May 26.

In praising General Prem's capabilities as a leader, Mr Lee said the former leader's premiership coincided with the then five Asean members - Thailand, Malaysia, Indonesia, the Philippines and Singapore - coming together to oppose "Vietnam's invasion of Cambodia and the Cambodian government that replaced the Khmer Rouge".

He said Thailand was on the front line, facing Vietnamese forces across its border with Cambodia, and that Gen Prem was resolute in not accepting this fait accompli, and worked with Asean partners to oppose the Vietnamese occupation in international forums.

As a result, PM Lee said, this prevented the military invasion and regime change from being legitimised, as well as protected the security of other Asean countries.

PM Lee's remarks had upset both Cambodia and Vietnam, with Cambodian Defence Minister Tea Banh calling his comments "unacceptable" and "not true".

On Friday, Mr Tan said in his Facebook post that the events in Indochina took place in the not-too-distant past, and the dire situation then preoccupied security agencies very significantly.

He added that those involved know that the threat of communism and its spread southwards were grave concerns. 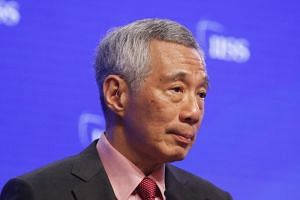 Mr Tan said that it was strange to see some people who appeared to be Singaporean taking issue with the Singapore Government and "having no regard for history".

"Perhaps they have not read nor have any idea about what happened? Or worse. They know but still choose to snipe because it's politically expedient," he added.

Mr Tan also shared several links and urged Facebook users to read them to have a better understanding of the events.

"It was a significant series of events for a young nation and it'd be unfortunate to forget it just because some choose politicking over a sense of nationhood," said Mr Tan.

The links included the transcript of a 2011 speech by former deputy prime minister Wong Kan Seng, who described the Cambodian issue as one of Singapore's early tests as a country.

Mr Wong, who spoke at the Fourth S. Rajaratnam Lecture organised by the Ministry of Foreign Affairs Diplomatic Academy, said: "The invasion of a smaller country by a larger neighbour, the deposition of a legitimate government by external force and the imposition of a proxy by a foreign power became a direct challenge to the fundamentals of our foreign policy."

Mr Wong said Singapore had to respond to the invasion or it "would have undermined our credibility and posed serious implications for our own security".