SINGAPORE (THE NEW PAPER) - After months of eager anticipation by private-hire car drivers here, Indonesian ride-hailing firm Go-Jek has started a portal for them to pre-register to join its platform that is set to launch late next month.

Thousands had registered on the portal just a few hours after its launch on Monday (Oct 29), said Go-Jek's spokesman, who declined to give specific figures.

She told The New Paper: "We have engaged with a large number of stakeholders in Singapore and feedback has been positive. It is clear that there is a great deal of anticipation ahead of our arrival."

Pre-registered drivers who provide contact details will be notified on how to apply to join the platform after its launch.

Grab driver Johnson Koh, 46, who signed up on the portal on Monday, was excited by Go-Jek's impending launch.

He and his driver friends are hoping Go-Jek will offer better work conditions.

Mr Koh, who moved to Grab after Uber's exit in March, said Grab drivers often end up working 12 to 18 hours to make ends meet - something that was less common under Uber.

The father of four added: "We are paid much worse than with Uber, though I have been working longer hours. Plus, if drivers choose or cancel rides, we get locked out of the Grab app, which is unfair because we are still paying car rental daily."

In a recent online poll by Facebook group Singapore Private Hire Car Drivers & Riders Community, 86 per cent of about 1,200 respondents said they would rather move to Go-Jek than remain with Grab. 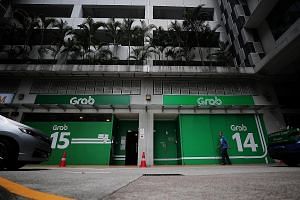 Some drivers told TNP they would do research and see what more Go-Jek can offer first.

A driver who wanted to be known only as Mr Mohamed said Grab might pay slightly less, but it still has its pros, such as the transparency.

The 55-year-old, who has been with Grab for two years, said that unlike Uber, Grab clearly indicates to drivers the final destination and exactly how much they will earn.

Grab Singapore head Lim Kell Jay told The Straits Times last week it is aware of unhappiness among its drivers and acknowledged more could be done to address their concerns.

Grab also said in a statement on Monday that it welcomes the new regulatory framework under review by the Land Transport Authority, which will prohibit driver exclusivity arrangements and ensure the market remains open and competitive.

Grab was hit with a $6.42 million fine from Singapore's competition watchdog after its merger with Uber.

"You need to establish that critical mass of drivers fast so that you can have a jump-start," he told TNP.

But this model is not sustainable and one company is likely to acquire the other, he added.

"This is a winner-takes-all kind of market," he said.

Noting that drivers are a crucial link in the ecosystem, Prof Loh said: "Having the drivers is so critical that it is almost the make or break of success for all ride-hailing platforms.

"In other words, no drivers, no talk."