SINGAPORE - The recently announced partnership between Uber and ComfortDelGro could pave the way for all taxis in Singapore to offer dynamic pricing, or fares that fluctuate with demand.

Since March, close to 10,000 taxis from the five other taxi firms have started offering dynamic pricing if they are booked through the Grab app.

In an interview with The Straits Times earlier this month, Uber Singapore general manager Warren Tseng raised the possibility of ComfortDelGro taxis also being priced dynamically, if booked through an Uber app.

Called UberFlash and already launched in other countries such as Malaysia, it will dispatch the nearest car or taxi to passengers.

Mr Tseng said that deregulation in Singapore's taxi industry has now made taxis a complement to and a "better fit" for Uber's product offerings, compared to when it first started here in 2013.

"The old UberTaxi platform was, basically, you book a (metered) taxi. But now there's deregulation so the pricing has more flexibility - it can work along dynamic pricing and things like that. These changes have resulted in us shifting and pivoting our strategies as well," he said.

While its main business was private-hire car rides, Uber previously incorporated taxi bookings in its app, under an UberTaxi option, in 2014. However, the feature fell into disuse, and a recent check by The Straits Times found no cabs available for booking.

ComfortDelGro declined to comment when asked about changes to its taxi fare structures.

Of the six cab companies in Singapore, it is the only one which has held out against dynamic pricing. Instead, it launched a flat-fare option for bookings in April, which are based largely on meter rates. 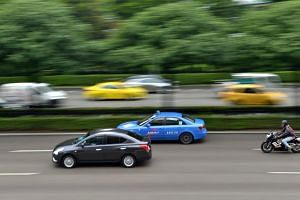 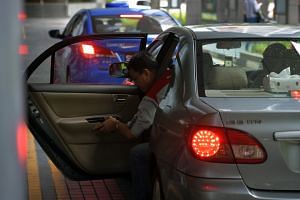 With the joint venture, which is subject to regulatory approval, the two firms intend to make taxis and private-hire cars available on each other's app platforms.

As of October this year, ComfortDelGro has more than 14,300 taxis under its Comfort and CityCab brands. Uber has 14,000 cars in its Lion City Rentals (LCR) fleet - the main supply of vehicles for the app - which is run by Lion City Holdings.

Observers see the Uber-ComfortDelGro tie-up as a response to Grab, which has partnered the other five cab firms - SMRT, Trans-Cab, Premier, Prime and HDT Singapore Taxi.

Associate Professor Chu Junhong, from the National University of Singapore Business School's department of marketing, said: "Grab currently provides services for both taxis and private cars... it seems Grab is taking an upper hand in this 'war', likely at the cost of ComfortDelGro and Uber. In order to better resist competition... a joint venture seems to be a viable solution."

But Mr Tseng said the tie-up with ComfortDelGro is not about the competition.

Besides a better fit between Uber and taxis, he said LCR can leverage on ComfortDelGro's fleet management expertise - including insurance, vehicle maintenance and repairs - to help the company reduce costs and keep rental rates affordable for drivers.

Singapore University of Social Sciences transport researcher Park Byung Joon said it will be a challenge for ComfortDelGro and Uber to agree on a pricing system for taxis.

"Metered taxi fares offer stability to drivers and commuters in a way, regardless of demand," he said.

While Grab has managed to persuade the five smaller cab firms to allow dynamic pricing, ComfortDelGro is still the largest player, and has more bargaining power, Dr Park added.

Grab's dynamic pricing option for taxis is offered through its JustGrab option, which pools both private-hire cars and taxis. JustGrab has a base fare of $2.50 and a per kilometre rate of 50 cents, which is lower than metered taxi fares. This means cabbies stand to earn less when demand is low.

Dynamic pricing has thus received a mixed response from cabbies.

"I prefer street-hail as I get the customer right away and don't have to spend time driving to his pick-up point," said Mr Adrian Chew, 40.

"Also, when fares are low due to dynamic pricing, cabbies are literally being taken for a ride," he added, implying that cabbies are getting a raw deal.