In a statement on Tuesday (Dec15), Tower Transit said that of the pool it has hired, 320 are bus captains now plying the 26 routes it will take over by mid -2016.

This means that about 70 per cent of 484 affected bus captains from SBS Transit and SMRT have taken up Tower Transit's offer.

The other 300 bus captains are new hires, with 66 of them having only Class 3 driving licence. They will go through a fully sponsored training programme to upgrade to the Class 4A licence needed to drive a bus, Tower Transit said.

The London-based bus company won an inaugural government bus contract in May. It will gradually take over the running of 26 bus services from the Jurong East, Bukit Batok and Clementi bus interchanges, called the Bulim package, progressively from the second quarter of 2016.

These routes are now run by SBS Transit and SMRT. 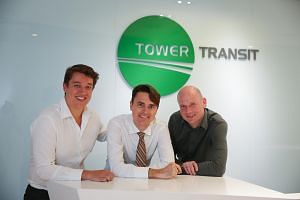 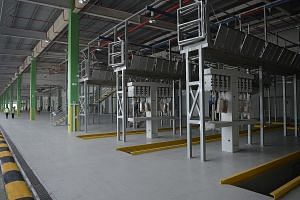 Under tripartite guidelines, bus drivers affected by Tower Transit's takeover of the routes have to be offered a job by the firm on terms that are no worse-off than the ones they are currently on.

Tower Transit's managing director Andrew Bujtor said its new hires are either permanent residents here, or Singaporeans. More than 85 per cent are now not working in the industry. "That goes against what we've been seeing in Singapore's bus industry where, traditionally, a key challenge has been attracting new, local talent," he said.

This, he added, is "indicative of a changing attitude amongst locals towards a profession that's starting to be recognised for its importance".

Of its new hires, more than 40 of them are under 35 years old, with the youngest being 24.