The last train timings for the North-South, East-West and Circle Lines, as well as the Bukit Panjang LRT, will extend into the wee hours of Jan 1.

For instance, commuters can catch the last train departing from City Hall station towards Jurong East on the North-South Line at 2.15am.

On the East-West Line, the last train will also depart City Hall at 2.15am in either direction.

Selected bus services will also extend their operational hours so as to allow for commuters on the last trains to connect to them.

A total of 14 bus services at the Choa Chu Kang, Woodlands, Sembawang, Yishun and Bukit Panjang interchanges will be affected.

In a separate press release, SMRT also said 13 of its bus services will have their routes temporarily diverted due to road closures around Marina Bay for the Marina Bay Singapore Countdown 2017 event.

SBS Transit said in a press release on Tuesday (Dec 27) that it would be extending operating hours of services on the North-East and Downtown Lines as well as on the Sengkang and Punggol LRT lines by at least 2 hr 15 min on New Year's Eve.

In a separate press release, SBS Transit said 18 of its bus services will have their routes diverted due to road closures  for countdown celebrations this weekend.

Bus services 99, 240 and 246 will skip eight bus stops along Boon Lay Drive, Boon Lay Place and Corporation Road from 6pm on Saturday (Dec 31) to 1am on Sunday (Jan 1) due to road closures for the Boon Lay Countdown 2017. 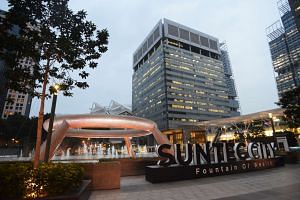 New Year's Eve celebrations will also affect the six Nite Owl bus services from midnight to 1.30am on Jan 1 - they will stop at the first stop along Raffles Avenue before Temasek Avenue (Bus stop code 02101) but skip the two bus stops after along Raffles Avenue, before stopping at the bus stop along North Bridge Road in front of St. Andrew's Cathedral.