They will be its longest flights until 2018, when a new variant of the A350-900 aircraft will enter service, enabling even longer flights between Singapore and both Los Angeles and New York.

This comes around two weeks after United Airlines started the only non-stop flight between Singapore and San Francisco. 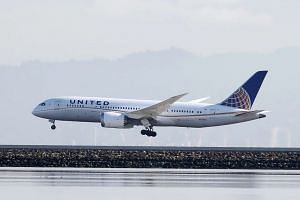 SIA's Singapore-San Francisco flights will run daily on the Airbus A350-900 aircraft. Flying time will be between 14 hours and 35 minutes, and 17 hours and 45 minutes, depending on direction and time of the year.

SIA will also add a second daily service to Los Angeles, in an expansion of its United States operations, and suspend services to Sao Paulo in Brazil.

The suspension of its three weekly flights to Sao Paulo via Barcelona were "a result of the sustained weak performance of the route", SIA said.

The last flight will be on Oct 20. Services between Singapore and Barcelona will continue. 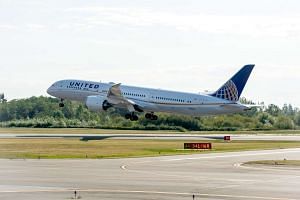 Currently, SIA flies to San Francisco twice daily, with one flight operating via Hong Kong and another via Seoul.

The new non-stop service will see its Seoul route re-routed to operate as a Singapore-Seoul-Los Angeles service, also from Oct 23. This will result in a second daily service to Los Angeles, complementing an existing service that operates through Narita airport in Tokyo.

"Our customers have been asking us to offer more US services and we are pleased to be able to do so," said SIA's senior vice-president for marketing planning, Ms Lee Wen Fen.

"With new non-stop San Francisco flights and the increase in frequency to Los Angeles, customers will have two flights to choose from each day to both of these popular US West Coast destinations."

He added that Singapore has the "strongest connectivity to the US in terms of flight frequencies and city links" in South-east Asia, and that SIA's expanded operations will see the country connected to six cities in the US via 61 weekly services.