SINGAPORE - At least three Singapore Airlines (SIA) flights on Wednesday (Feb 27) - two to London and one to Frankfurt - had to stop halfway for refuelling after the airline re-routed flights to Europe to avoid Pakistan airspace.

The Straits Times understands that the refuelling was necessary, as the decision to re-route added flying distance and time to the flights.

The refuelling was done in Mumbai, India, and Dubai, United Arab Emirates.

All SIA Singapore-Europe flights are being re-routed after India and Pakistan closed some of their airspace amid escalating tensions between the two countries.

According to flight tracking website FlightRadar24, airlines are flying farther south over the Arabian Sea, the Gulf of Oman and the  Persian Gulf to avoid Pakistan airspace.

An SIA spokesman said: "We have been informed about the closure of some airspace in the areas which may affect some of our flight operations."

Pakistan claims to have shot down Indian jets as tensions rise 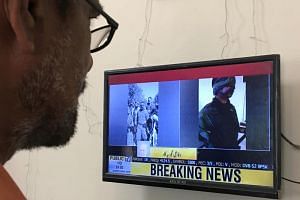 A Scoot spokesman who confirmed that the Singapore-Amritsar service had been cancelled said the situation remains fluid.

SIA and Scoot are among many airlines hit by the airspace closure which affects all services between South-east Asia and Europe.

Mr Albert Tjoeng, Asia's spokesman for the International Air Transport Association (IATA), told ST that there are about 220 flights operating between this region and Europe every day.

"Alternative routes are available for the flights impacted by the closure of Pakistan airspace," he said.