SINGAPORE - By 2040, nine out of 10 peak-hour journeys will be made via walking, cycling, and other car-lite means, and nine in 10 of these should take 45 minutes or less to complete.

This vision was shared by the Land Transport Master Plan (LTMP) advisory panel at the fourth LTMP focus group discussion on Saturday (Jan 12).

The session saw around 50 people discussing the future of Singapore's land transport system under the LTMP 2040.

Since August 2018, more than 7,000 members of the public and industry stakeholders have stepped forward to give their views through focus group sessions, electronic polls and listening points, organised by the Land Transport Authority.

Resolving some of these issues will be a complex process.

Participants acknowledged that while some of these constraints could be addressed with technology, personal responsibility is key in ensuring that the land transport system is shared in a gracious and safe manner. 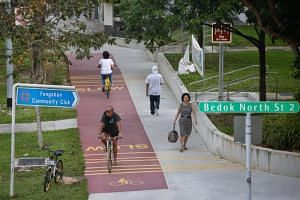 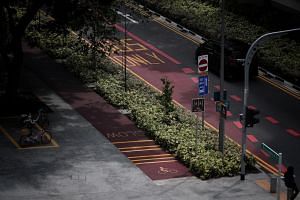 The panel will consider the feedback that has been gathered from all the public engagements and formulate a set of recommendations that will be submitted to the Government by the middle of February.

Under the 20 minute town and 45 minute city vision, the panel envisions a future where nine in 10 of all peak-hour journeys taken by walking, cycling and riding shared transport will take no longer than 45 minutes.

Nine out of 10 Singaporeans should also be able to get to their nearest neighbourhood centre by such means in 20 minutes or less.

This will require measures such as the development of more dedicated bus and cycling lanes and an expansion of the rail network.

Student Roderick Foo, 13, a participant in Saturday's session, said: "It's a relief to know that in the future we'll have this scheme so that we can travel faster."

He currently takes around one hour to get from his school in Katong to his home in Sengkang, but looks forward to a future where the commute is shorter and more direct.

A second theme is about creating a more inclusive transport system supported by a caring and gracious commuting culture.

The third area of recommendations touches on safer and healthier journeys - not just in terms of personal health, but environmental impact as well. This would require a shift towards cleaner transport solutions and the construction of more pedestrian-friendly and active mobility town centres.

Dr Janil, who is also Senior Minister of State for transport, said that if work starts now, these recommendations could become reality by 2040.

Correction note: The article has been updated to reflect the fact that it was the Land Transport Master Plan advisory panel which shared the car-lite vision at the focus group discussion. We are sorry for the error.