SINGAPORE - Train service on the entire North-South, East-West network was disrupted for more than two hours during the evening rush hour on Tuesday. 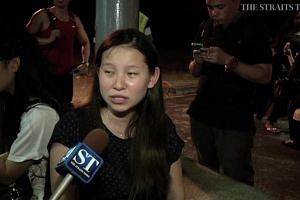 Preliminary investigations showed that a faulty train could have caused a power surge which led to a shut down of power across the network.

The disruption came just days after a track fault disrupted service on the North-South MRT line that affected thousands during the morning rush.

Here are some of the major MRT and LRT breakdowns that made the news:

What happened: Two-hour disruption due to track circuit fault

Thousands of commuters were affected after a track circuit fault caused trains to slow down and stall intermittently on the North- South Line for two hours during the morning rush hour.

Train services on the Bukit Panjang LRT were off-track for almost 24 hours after a fire at Senja station damaged the power tie-breakers that connects two sectors of the power rail.

The fire started at about 5.45pm, and service fully resumed at 5.30pm the next day, although part of the line restarted at 1pm. The fire was the second of two incidents that hit the line on March 9.

At 5.30pm, a power trip between Pending and Jelapang stations caused service to be disrupted along the entire line, and commuters on one stalled train had to walk along the tracks.

What happened: Services affected for more than four hours between Yew Tee and Kranji

North-South Line services between Yew Tee and Kranji were disrupted for more than four hours. This was due to a damaged power collecting device on the train that affected the third rail, which supplies power to trains. SMRT said a thunderstorm prevented engineers from accessing the site initially.

A signal fault caused a train on the North-South Line to stall during the morning rush hour. The southbound train was 500m from Ang Mo Kio station when it stalled at 8.11am, and attempts to reset its circuit breaker failed.

SMRT used another train that was occupied by passengers to push the faulty train to Ang Mo Kio. The fault disrupted southbound train services between Sembawang and Marina Bay for about an hour.

A damaged cable at one-north station caused a power failure that disrupted train services for four hours at 23 out of 30 Circle Line stations.

The late night disruption from 11.21pm affected about 2,900 commuters. Power resumed only at 4am, several hours after train service ended at 12.30am.

About 300 passengers from three trains had to disembark and walk along the tracks to the nearest stations - Caldecott and Tai Seng.

What happened: Two-hour disruption because of fire on track

A fire in a tunnel metres from Newton station caused by a short circuit, disrupting train services for two hours on the North-South Line on the first day after the Chinese New Year break. Smoke was seen on the platform at Newton station.

SMRT was fined $300,000 for failing to switch off the power supply after the fire, and for evacuating passengers too near the incident site.

The six-hour disruption affecting train services between Dhoby Ghaut and HarbourFront started at around 10am, and affected close to 60,000 largely non-peak travellers.

The cause of the breakdown was traced to three broken U-shaped steel bolts in the northbound tunnel between HarbourFront and Outram Park stations. The 12mm bolts secured a cantilever arm to which the system's power lines were attached.

What happened: Service affected for more than 10 hours

Two broken overhead steel cables crippled a stretch of the North-East Line operated by SBS Transit for more than 10 hours, affecting 90,000 commuters. Works to replace the cables took longer than expected and there was no service on five stations until 4.35pm.

Prime Minister Lee Hsien Loong ordered an inquiry into the train breakdowns after the North-South Line broke down for the third time in four days.

The disruption across 12 stations from Marina Bay to Ang Mo Kio started at 6.50am and lasted for seven hours, affecting 94,000 commuters.

Two faulty sections of the track near Orchard station caused as many as seven trains to stall.

Several trains had to be towed out of the tunnels and about 500 passengers had to disembark from their stalled train and walk 150m through the tunnel to Somerset station.

The Committee of Inquiry submitted a 358-page report that concluded SMRT's maintenance lapses had led to the two disruptions that inconvenienced more than 200,000 commuters. SMRT was fined $2 million for the breakdowns.

Thousands of commuters riding home during the evening rush hour were plunged into darkness as trains on the North-South Line suddenly lost power and ground to a halt. Many reported waiting for up to an hour in the stifling heat of windowless carriages, where the air-conditioning had failed. Some train windows were smashed to let in air.

Commuters then had to walk through the train tunnels to the nearest station in order to exit and find their way home.

In all, 11 stations from Marina Bay to Bishan were affected. Some stations opened at 9pm, but there were no services at some stations for the whole night.

It was SMRT breakdown's second in as many days: Some 1,400 passengers were delayed from 6am after a breakdown on the Circle Line the day before at seven stations from Marymount to one-north. Some trains were running again at 6.40am but full service was not resumed for almost six hours.

Sept 20, 2011: A faulty cable on the Circle Line stalled train services on the then two-year-old line affecting about 26,600 commuters. SMRT discovered at 5.30am that its trains would not start. It took more than four hours for services to fully resume.

January 2008: A seven-hour disruption on the East-West Line affected about 57,000 commuters. SMRT workers had failed to engage the parking brakes of a maintenance train, causing it to crash into its locomotive.