SINGAPORE - Some 2,000 charging points will be set up here for an islandwide electric vehicle car-sharing programme.

Transport Minister Khaw Boon Wan said in Parliament on Monday (May 9) that the Land Transport Authority and the Economic Development Board had earlier issued a Request for Information to invite proposals for such a programme.

"The programme will also see the installation of 2,000 charging points across Singapore," Mr Khaw said. "The proposals are in the final stages of evaluation."

To a question from Ms Lee Bee Wah (Nee Soon GRC) on whether the 2,000 charging points would be accessible to all vehicle owners or only participants of the car-sharing programme, Mr Khaw said he was not sure. 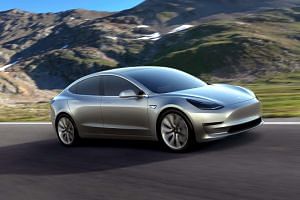 The transport minister said Tesla Motors had launched the Model 3 in the US on March 31, but "only a prototype was displayed".

"When it is ready to be sold in Singapore, importers will submit its electrical energy consumption information for LTA to assess if it will attract a rebate or a surcharge. If it is as energy efficient as a new Tesla S, a new Tesla 3 car would be entitled to the maximum rebate under our current CEVS (carbon emission-based vehicle scheme)," he said.

CEVS, Mr Khaw said, is "outcome-based and neutral with respect to the type of technology".