SINGAPORE - Streetside parking spaces in certain parts of the Tai Seng area could be removed to make space for the construction of cycling paths within the next decade.

Lane-narrowing will be considered for Joo Seng Road, according to tender documents seen by The Straits Times.

LTA said tenderers can propose removing streetside parking spaces for cycling paths in cases where the roadside space is not wide enough to accommodate a footpath, cycling path and verge.

The new cycling paths should have a minimum width of 2.5m for inter-town paths and 2m for others, it noted.

Tenderers will be required to carry out feasibility studies for removing the parking spaces, and get in-principle approval from the relevant agencies and stakeholders.

In addition, LTA is also asking tenderers to conduct traffic studies to determine the feasibility of converting parking spaces into bicycle racks in two areas- near Kovan MRT station, as well as near Yio Chu Kang Road and Upper Serangoon Road.

According to LTA, there are 132 parking spaces for cars and 10 motorcycle lots within the two study areas. It is looking to create space to set up a total of 124 bicycle parking spaces. 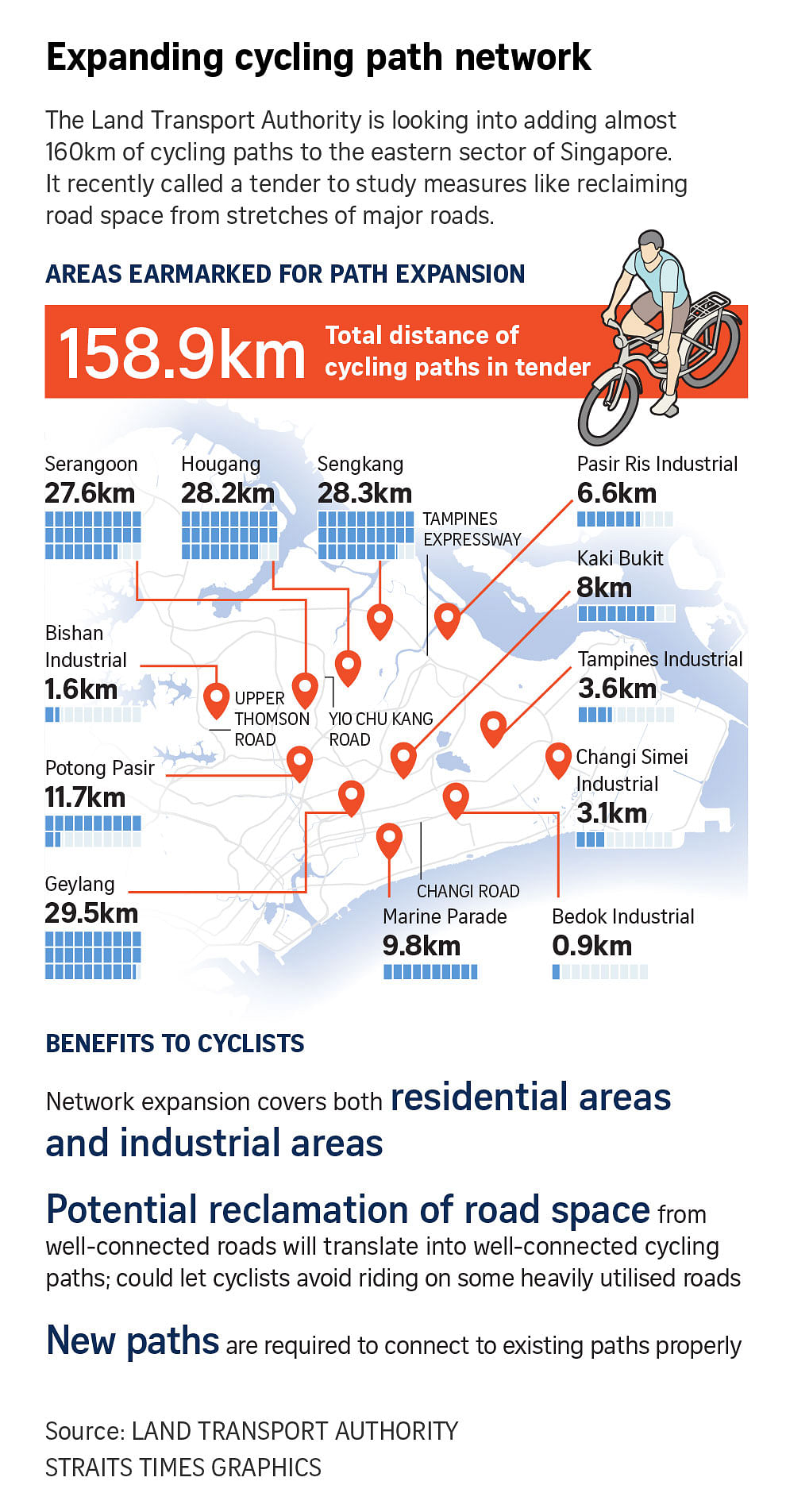 It said then that it would start with converting two such parking spaces in Jiak Chuan Road in Chinatown to about 20 bicycle parking spaces, before expanding the scheme to more locations.

Transport infrastructure expert Raymond Ong from the National University of Singapore noted that road reclamation to promote active mobility has been gaining popularity worldwide, such as in Portland, United States, and Calgary in Canada.

"Usually removal of road spaces and parking lots would impact driving, especially private cars," he noted. "With the recent policies that are geared towards using electric vehicles, public transport and active mobility and the current zero vehicles growth policy, it is affirmative of Singapore's commitment of becoming a car-lite city."

Cycling path network in Singapore to treble by 2030