Vessels docking at One°15 Marina Sentosa Cove can now clear immigration directly at the marina, instead of having to do so at the nearby Sisters' Island.

A customs, immigration and quarantine (CIQ) facility has been set up at the marina, as part of an initiative supported by the Immigration and Checkpoints Authority (ICA), the Ministry of Home Affairs and the Police Coast Guard.

It also makes One°15 the only marina here to be designated as an immigration facility.

The CIQ facility started operations on June 15, and has cleared about 50 boats since.

Ms Sun said the facility will help One°15 become a more attractive choice for the boating community.

Touching on the situation before this initiative, she said: "Smaller vessels, such as yachts, that intended to berth at One°15 would first have to sail to anchorages for clearance before calling at the marina... that doesn't sound like the most effective way of doing things.

"This (new facility) will provide greater convenience for users of the marina at Sentosa Cove."

One°15 said the new CIQ facility has helped to ease traffic at the one on Sisters' Island, especially during peak periods.

In the future, the facility will be expected to help boat movements between the marina and other upcoming marinas in the region, such as those being constructed at Puteri Harbour in Johor Baru and Nirup Island in Indonesia.

The marina's general manager, Mr Teo Joo Leng, said the CIQ facility is a significant milestone in the development of the regional yachting industry and marine tourism.

"Being the only private marina in Singapore to offer this convenience not only adds to our appeal, but also elevates our profile as a world-class marina destination," said Mr Teo.

"It will enable One°15 Marina Sentosa Cove Singapore to be the epicentre of all boating activity."

At the event yesterday, Ms Sun also noted that One°15 has enhanced its security measures with fences, closed-circuit television cameras and access control gates - due to it becoming part of an immigration facility.

She said such measures are to prevent people from entering Singapore illegally.

"At the Ministry of Home Affairs, I get daily reports of people trying to come in by boat, or by swimming and all sorts of avenues," Ms Sun added.

"It goes to show that Singapore is an attractive destination, but also that we have to safeguard ourselves against perpetual security threats." 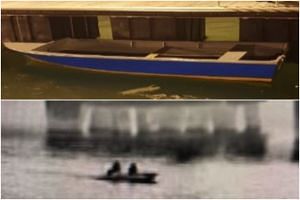 The ICA said there were other marinas that had immigration clearance facilities, but those operations ceased as they were unable to meet the necessary security requirements.