In an e-mail to his staff, Mr Neo, 54, said that since the announcement of the leadership change, many people have shared with him their views and hopes for SMRT.

He wrote: "Many expressed support, others noted improvement, some cautioned against complacency, but all hoped for train services that are reliable, safe and comfortable.

"We must continue to work hard to deliver this."

Mr Neo had already been making his rounds meeting staff weeks before officially taking over from Mr Desmond Kuek, who left after 5½ years.

"I hope to meet the rest of you in the coming months, learning and working with you," Mr Neo told employees in an e-mail he shared with The Straits Times.

"Let us work together as a company, and with all our stakeholders, to provide a public service that Singaporeans are proud of," he added. "I am happy to be part of the team." 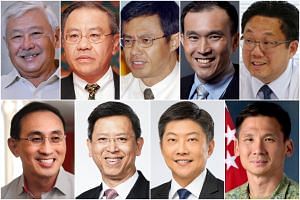 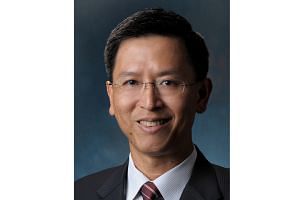 Mr Neo also thanked his predecessor "for his dedication and service to the company".

Mr Kuek, 55, led SMRT during what was probably its most tumultuous period. But even though his tenure was marred by incidents such as track deaths and tunnel flooding, he was part of the team - along with SMRT Trains chief Lee Ling Wee - which rebuilt the reliability of the North-South and East-West lines.

As of the end of March this year, the North-South Line clocked an average of 604,000 train-km before a delay lasting more than five minutes; for the East-West Line, the figure was 272,000 train-km. These were some 10 times better than the lines' performance in 2011.

The number of major breakdowns - those lasting more than 30 minutes - on Singapore's two oldest lines has also decreased to just one in the first quarter. At their worst, the two lines chalked up nearly one such breakdown each month.

The Circle Line, which is likewise operated by SMRT, also posted a tenfold improvement in reliability over the same period to 1.8 million train-km between delays.

In one of his last public statements before leaving, Mr Kuek set a high target for SMRT: No more than one delay per month by 2020, with an aim to eliminate all major delays.