SINGAPORE - The alignment of Phase 1 of the MRT Cross Island Line (CRL) has been finalised.

Transport Minister Khaw Boon Wan said on Friday (Jan 25) that this first stretch will be 29km long. It will have 12 stations and pass through areas such as Changi, Loyang, Pasir Ris, Hougang and Ang Mo Kio.

"When it is completed by 2029, more than 100,000 households will enjoy better connectivity and shorter travelling times," Mr Khaw said.

He said Bright Hill, a station on the CRL which is also on the Thomson-East Coast Line, "will further expand to become an interchange station with the CRL".

Phase 1 of the CRL will have three other interchanges - at Ang Mo Kio with the North-South Line, at Hougang with the North East Line and at Pasir Ris with the East-West Line.

The CRL will be Singapore's eighth MRT line.

Mr Khaw revealed that its depot, the Changi East Depot, will be a surface depot, and not underground as originally planned. 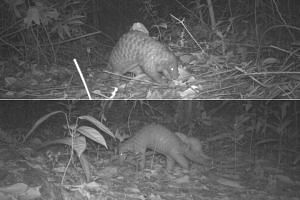 He also announced that the first stage of the Thomson-East Coast Line will open before Christmas this year.

It is predicted that the CRL will have an initial daily ridership of 600,000, and eventually one million, making it Singapore’s most heavily used rail line.

Construction of Phase 1 will begin next year and four of the stations will be interchanges linking with other lines.

Stations will be designed and built to accommodate eight-car trains, but the line will operate with six-car trains initially.

The line will serve areas which currently have no MRT access, such as Serangoon Gardens, Serangoon North and Aviation Park in Changi. The line may be extended to link up with Changi Airport.

Mr Khaw said the entire CRL will support hubs outside the Central Business District, “so that jobs are nearer homes”.

He said the CRL will also redistribute passenger load on the North-South, East-West and North East lines, “so that the over-crowdedness that our commuters experience now will be eased”.

Mr Khaw added: “Commuters will have more journey options... Many will benefit from shorter journeys and faster travel times.”

The CRL will pass through Paya Lebar airbase, which is slated to be relocated from 2030. An area of about 800ha will be freed up.

However, no station has been planned for this stretch.

No information was given about the second stage of the CRL, which involves the possibility of tunnelling beneath Singapore’s Nature Reserve.

The whole line is slated to be completed by 2030, doubling Singapore’s rail network to 360km and enabling 80 per cent of households to be within a 10-minute walk to a station.

Commuter Charissa He, 29, said she is happy that there will be a station in Serangoon North, where her future home will be.

The marketing professional added that the CRL “is a good line, as it allows passengers to switch to other lines easily, and ease choke points”.