Will bus service 666 travel on the highway to hell?

That quip was among online responses to the new service, which sports a number linked to the devil in Christianity.

The new service runs from Punggol to the city and starts operating next Monday. It was among five new City Direct Services announced on Monday by the Land Transport Authority (LTA). 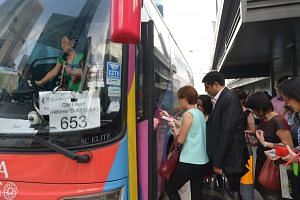 5 new City Direct bus services, including one servicing Punggol, to start from Feb 29

Most people were amused and joked about the association with Satan. Facebook user Sivaraj Pragasm quipped: "(I) always suspected Satan was living in Punggol."

But others were serious and concerned it could be insensitive to Christians. "Couldn't you guys have chosen another number? This is so insensitive," commented Mr James Poon on LTA's Facebook post.

"Singapore being a multiracial and multireligious society, our government services should put more thought into such details," Mr Poon, a 30-year-old self-employed Christian, told The Straits Times.