SINGAPORE - Chinese carrier West Air will launch its inaugural international flight from Chongqing to Singapore on Thursday (Feb 4) night, marking the start of a thrice-weekly service between the two cities.

The new service will operate on an Airbus A320-200 with a 180-seat capacity, Changi Airport Group (CAG) announced in a press release.

"The arrival of West Air strengthens Singapore's connectivity to western China, opening up more opportunities for both trade and leisure travel between the two destinations," CAG said.

On Nov 6 last year, Chinese President Xi Jinping revealed that the third Singapore-China government-led project will be based in Chongqing, with a theme centred around "modern connectivity and modern services".

Part of the memorandum included having more flights between Singapore and Chongqing, and also between South-east Asia and western China via the south-western Chinese city. 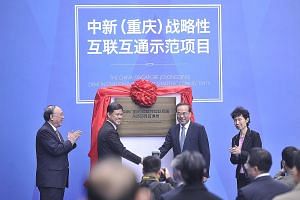 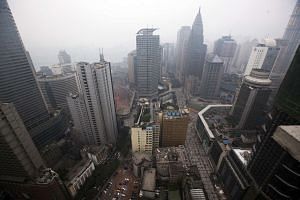 "Following the signing of the memorandum of strategic cooperation, we are delighted to welcome the initial fruit of our collaboration through the commencement of West Air's operation to Changi Airport," Mr Lim added.

The addition of West Air means that there are now 12 airlines at Changi Airport operating direct services to China, offering some 560 weekly flights.

CAG said it has been actively growing the airport's connectivity to emerging cities in China.

China also remained a key market for the airport with 4.9 million passenger movements, about 9 per cent of its total passenger traffic. China traffic also grew a healthy 7 per cent year-on-year for 2015.