Bus and train fares will rise by 7 per cent from Dec 28, although the hike will be cushioned for more than one in two Singaporeans who are eligible for concessionary fares.

For the first time, this group will include polytechnic students, who will enjoy student concessions.

The rise is the maximum allowed in this year's formula, and the biggest percentage jump since 1998 - driven largely by a spike in fuel and energy costs.

Adult card fares will rise by nine cents per trip.

On the other hand, those who pay by cash or buy single-trip tickets - mostly visitors or infrequent users - will pay 20 cents more per trip, believed to be the single biggest increase so far.

The majority who use adult ez-link cards - accounting for nearly two-thirds of all trips - will see each ride costing nine cents more. Those who buy monthly concession passes will fork out $1 to $5.50 more, while frequent users who buy adult monthly passes will incur $8 more per month. In total, PTC chairman Richard Magnus pointed out that "close to two million people, or more than one in two Singaporeans, enjoy concessionary fares on our public transport system".

He said this was 35.4 per cent more than in 2013, when there was a comprehensive review of the concession schemes.

Actual average travelling cost had also fallen because of better rail connectivity. For instance, a ride from Bukit Panjang to Bugis cost $1.93 in 2015 because of several transfers. But today, with the Downtown Line, the same trip will cost $1.72 from Dec 28.

Transport Minister Khaw Boon Wan said in a Facebook post yesterday that in any fare adjustment, the Government tries to keep the increase as low as possible so that it affects as few people as it can. 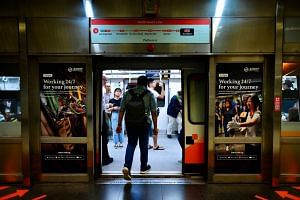 Bus, train fares to rise by 7%: Needy commuters to get more support

"Fortunately, more than half of Singaporeans receive substantial discounts from the normal fare," wrote Mr Khaw.

The Ministry of Transport will also step in to help lower-income families. Mr Khaw said that this year, the Government will extend 50 per cent more public transport vouchers and increase the value of each voucher to $50, from $30.

The 7 per cent fare rise translates to an increase of about $132.5 million in total fare revenue. Of this, SBS Transit will get $18.8 million, while SMRT Trains will get $40.2 million. Both are for train rides. SBS Transit and SMRT will contribute about $1.88 million and $2.01 million, respectively, to the Public Transport Fund, which helps needy families cope with fare rises.

The remaining $73.5 million in fare increase will go to the Land Transport Authority (LTA), which administers bus contracts. These contracts are up for periodic competitive tenders, and the winning operator is paid a fixed amount for a parcel of routes. All fare revenue then goes to LTA.

"That was somewhat expected because energy prices were depressed below their longer-term trends for a few years.

"But it does highlight the strength and weakness of our fare formula. The strength is that it tracks changes in operating costs continually, but the weakness is it can expose commuters to sharp fluctuations."