SINGAPORE - Rail operator SMRT Corp and regulator Land Transport Authority (LTA) are deciding what to do with the problematic Bukit Panjang LRT, including scrapping the system altogether.

In a company blog, SMRT Trains managing director Lee Ling Wee said a joint team is reviewing the future of the system with a view to giving it a major overhaul.

"It will be more than just a makeover," Mr Lee wrote, adding that the 17-year-old system is near "the end of its design life".

He said there are three options on the table.

One, to deploy self-powered autonomous guided vehicle on the existing viaduct.

Three, to renew the existing Bombardier system with a more updated signalling system - allowing trains to be tracked more accurately, and to ply at a higher frequency.

Mr Lee said that an idea to do away with the entire LRT system was also mooted and for residents in the Bukit Panjang area to go back to riding buses. 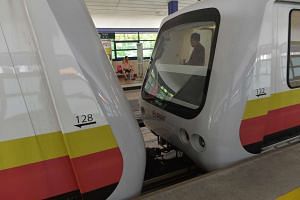 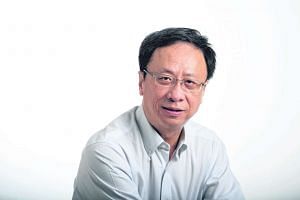 A fussy LRT system in need of overhaul

"This is not far-fetched, as a fully loaded high-capacity bus like a double-decker can take 130 passengers, which is more than the 105-person capacity of a single Bombardier train," he said.

He said this option would of course lead to more road congestion.

In response to queries, LTA said it is working with SMRT on an overall review of the longer-term future of the system.

"We are carefully evaluating the various options given the implications on residents and commuters. Replacing the light rail system with an all-bus option is not likely to be practical given road capacity," it added.

As the joint team decides on the long-term solution to fix the problem-prone system, SMRT is putting in place short-term measures to address its reliability issues.

These include replacing its rail brackets, load-testing trains to reduce power faults, adjust motor controller settings, and install cameras on the undercarriage of four train cars to monitor interface between trains and rail.

The Bukit Panjang LRT line has been beset with problems since it began operating in 1999, most recently last week when train services were suspended between interchange stations for almost five hours, causing inconvenience for thousands of commuters.