In a statement, he said: "Together with many of my generation, I was privileged to serve my country, to see it grow and thrive. It has been truly rewarding to work for, and alongside, so many Singaporeans who envisioned a better future for their children and grandchildren."

Dr Tan is the ninth Singaporean in history to receive the Order of Temasek (First Class). The last to be given the honour was former minister S. Dhanabalan, in 2015. Other recipients were: former presidents S R Nathan and Wee Kim Wee, former ministers Goh Keng Swee, S. Rajaratnam, Hon Sui Sen and Lim Kim San, and former chief justice Yong Pung How.

In 1979, he left his job as general manager of OCBC Bank to enter politics, winning a by-election for the Sembawang seat. He was MP for Sembawang for the next 27 years.

In his ministerial career, he helmed five ministries, starting with education. He was credited for expanding vocational and technical training opportunities and setting up Singapore's third university, the Singapore Management University. 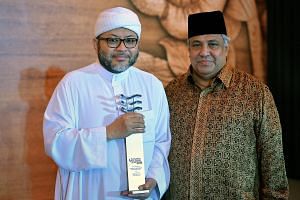 Honoured for service to nation 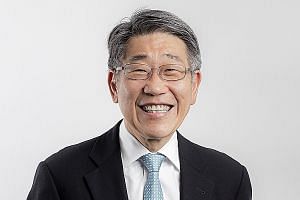 Dr Tan also helmed the finance, health, trade and industry and defence ministries. In 1995, he became deputy prime minister, a role he stayed in for a decade. He left politics in 2006. He was founding Prime Minister Lee Kuan Yew's first choice to be Singapore's second prime minister, but he declined the post. Mr Lee once praised him for his quick mind and decisiveness. "He would say 'yes or no' and he would stick to it," said Mr Lee. Dr Tan, who is married and has four children, was elected Singapore's seventh president, and served one term from 2011 to 2017.

Mr Dhanabalan paid tribute to his former Cabinet colleague, noting his significant contribution in running for the presidency. The other candidates in the 2011 election made promises beyond the constitutional role of the president, said Mr Dhanabalan, noting: "Dr Tony Tan entered the fray and brought sanity to the whole process."

Besides recognising individuals who have served the nation, this year's National Day awards also paid tribute to two groups which worked on the Pedra Branca case and the Trump-Kim Summit. Formed from various ministries and agencies, the groups received the President's Certificate of Commendation.

As Singaporeans prepare to celebrate National Day today, Dr Tan called on one and all to continue the task of nation-building, saying: "Our nation remains a work in progress, and Singapore needs the service of men and women from all walks of life to build on our strong foundations to ensure an even brighter future for our nation."

A full list of this year’s National Day Award recipients is available here.