SINGAPORE - One of the shareholders of the family-owned Tong Garden group of companies, known for its nuts and snacks, is suing his three siblings as he seeks a buyout of his shares.

In a suit that opened in the High Court on Monday (Aug 26), Mr Ong Heng Chuan, 62, claims he had been "betrayed" by his brothers, Mr Ong Teck Chuan, 60, and Mr Ong Boon Chuan, 64, who oppressed his rights as a minority shareholder.

The plaintiff's case is that his brothers had diverted the business - including assets, manpower, logistics and customers - and transferred the group's trademarks to companies owned by Teck Chuan.

Tong Garden products, which used to be made and sold by subsidiaries under the family-owned holding company, are now being produced by Teck Chuan's companies.

But the two brothers contend that the transfers were legitimate and were made to save the business, which was floundering in 2008.

Teck Chuan said he restructured the business to pay off creditors and continue it through new corporate entities because he did not want to see his father's legacy "abandoned".

Heng Chuan has also sued his sister Ong Siew Ann, 57, but has not levelled any allegations against her.

The four siblings are the only shareholders of Tong Guan Food Products, the holding company of six subsidiaries and associated companies making up the Tong Garden group in Singapore, Malaysia and Thailand. 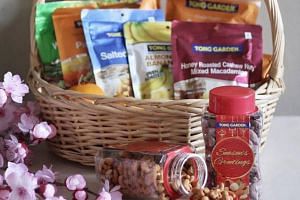 In 2000, the group faced financial woes and to liquidate its assets, sold the "Tong Garden" trademark to Villawood Holdings for $260,000. Villawood was controlled by Boon Chuan, a property developer with his own business.

Villawood then granted licences to companies in the group to make and sell Tong Garden products.

When the licences expired in 2010, Villawood granted a licence to two companies owned by Teck Chuan to use the trademark.

Heng Chuan, who was bankrupt between 2004 and 2016, said he became aware that his two brothers diverted the business and assets only in December 2015.

Heng Chuan alleges his brothers deliberately failed to make sure the licence was renewed, causing companies in the group to go into liquidation.

His lawyer, Mr Pradeep Pillai, said in his opening statement that the two brothers "surreptitiously plundered" the assets of the company and kept him in the dark.

But Teck Chuan's lawyer, Mr Adrian Tan, said his client wanted to ensure the survival of the brands that his father had spent his life building.

By 2008, apart from the Thai subsidiaries under Teck Chuan's management, the rest of the group was bleeding money and kept barely afloat by personal loans made by Boon Chuan, said Mr Tan.

Teck Chuan could not carry on the business through the existing entities because the group was plagued with demands for payments and legal actions, he said.

That was why Teck Chuan set up two companies, one in Singapore and one in Malaysia, which bought the group's business assets at fair market value between 2008 and 2012.

Boon Chuan's lawyer, Mr Andy Chiok, said Teck Chuan took a huge risk in 2008 to revive the family business, and has paid his dues to the group.

"This case is really about a plaintiff seeking a share in the now-successful renewal of a failed business," he said in his opening statement.