A recent survey shows that many Singaporeans remain uncomfortable interacting with people with disabilities. To change mindsets, create more opportunities for interaction.

When I was in secondary school, I had a friend who hardly talked about her sister. The only thing I knew about her mysterious sibling was that she lived in the "Tampines home". I naively assumed that her parents were very rich, had two properties and that her sister was living at their home in Tampines.

It was only much later that I realised the Tampines Home was a home for people with intellectual disabilities. It was also at that point that my friend's reticence about her sister suddenly made sense.

When I was growing up in the 1980s and '90s, many families kept their disabled children mostly at home or in institutions - out of sight and out of the public's mind. They did so perhaps out of shame, fear or helplessness.

There were also few reasons to go out as there were few support services, much less job openings, for the disabled, compared to what is available now.

But it was also clearly in response to the lack of understanding by Singaporeans in general.

Given the segregation between most Singaporeans and the disabled, it comes as no surprise that two recent surveys found that a sizeable number of Singaporeans still feel uncomfortable interacting with the disabled and that the latter feel shut out from society.

This is disappointing, especially after all the efforts by the Government and charities to improve the lives of those with disabilities in the past decade.

Just take a look at the findings:

The Lien Foundation survey of 1,000 people on their attitudes towards children with disabilities found that close to two-thirds of the respondents shared the belief that Singaporeans are willing to share public spaces with children with special needs, but are not willing to interact with them.

Public education is needed to raise awareness of disability issues. Over one-third of those surveyed in the Lien Foundation poll said children with special needs are not part of their social circle. Even those who know a special needs child (through friends or relatives) say they are not always comfortable interacting with the child. The most common feelings they have in such interactions are empathy, pity and love.

Half of the parents polled were uncomfortable about their child having to sit next to one with special needs in class.

As for the disabled themselves, a survey of 1,000 people with disabilities, released last Thursday by the National Council of Social Service (NCSS), found that 62 per cent of them do not feel they are included, accepted, given opportunities to contribute or reach their potential by society.

It is no wonder they feel thus, given the survey findings that so many are uncomfortable interacting with them.

It is clear that the calls for inclusion of people with disabilities have not gained traction with many ordinary Singaporeans.

The Government has done a lot more for the disabled in the past decade, like giving more funding for education and therapy services, among other things, for children with special needs.

But the hard - and heart - part of changing mindsets to accept and include those with disabilities remains a challenge. And this is not something that can be achieved just by pouring money into it.

Experts have said that about 5 per cent to 6 per cent of children born here have some form of developmental problem. With more diagnosed, more of those with mild conditions will go on to mainstream schools. Also last year, there were about 13,000 students - or about 2.7 per cent of the student population - with mild special needs or learning difficulties in mainstream schools. That's almost triple the number in 2006 .

It is no longer inconceivable that your child may sit next to one with special needs at school.

The number of the disabled in Singapore is likely to rise.

More children may be diagnosed as awareness, detection and capabilities to manage these conditions improve. Singapore is also ageing rapidly, and old age and illness can render a senior disabled.

How does one change mindsets towards the disabled?

It is a no-brainer, but public education is needed to raise awareness of disability issues. Over one-third of those surveyed in the Lien Foundation poll said children with special needs are not part of their social circle. Even those who know a special needs child (through friends or relatives) say they are not always comfortable interacting with the child. The most common feelings they have in such interactions are empathy, pity and love. 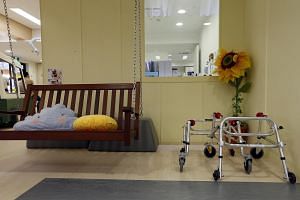 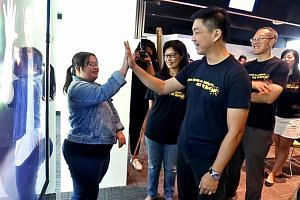 People with disabilities in the spotlight

This suggests that the lack of interaction and the concerns about their children sitting next to a special needs child spring more from ignorance and uncertainty than prejudice. If so, the best way to change mindsets is through interaction, by creating ways to facilitate meaningful interaction between people with and those without disabilities. This can help correct misconceptions.

Charities that support those with disabilities, such as the Disabled People's Association (DPA) and SPD, have been holding talks to raise awareness about disability issues for years. The DPA goes to schools, offices and other organisations to get the public to understand what people with disabilities are going through and to think of how to ease the barriers.

Some students who attended these talks have gone on to run similar campaigns at their schools, said DPA executive director Marissa Medjeral-Mills.

Through a website (seethetrueme.sg) and public talks on various disabilities as well as tips on how to communicate and interact with people with disabilities, among other measures, the NCSS hopes to promote inclusion.

Raising awareness aside, there also has been a greater push to promote inclusion and interaction between children with and those without disabilities.

For example, in 2012, the Education Ministry said the 20 special education schools for children with disabilities would be paired with mainstream schools, so that students from both schools have opportunities to mingle, for example, during recess and at school events.

In January, a charity started Singapore's first inclusive pre-school. At Kindle Garden, run by AWWA, children with disabilities learn and play alongside other kids in the same classroom. About 30 per cent of its children from 18 months to six years of age have disabilities, such as autism or Down syndrome.

School principal Lena Koh said both groups of children get along, play and learn together naturally, without fear or hesitation.

"Children do not discriminate or single out children with disabilities," she said. "It's the adults who tend to do that."

The pre-school is filled to its capacity of 75 children and has a waiting list of 138.

This is an encouraging sign. Research shows that children with classmates with disabilities learn how to interact with those who are different from them. They are more likely to develop positive self-esteem, confidence and leadership skills when their experience of such interactions is positive, said Dr Kenneth Poon, associate professor of early childhood and special education at the National Institute of Education.

Hopefully, with more Kindle Gardens around, more parents will find that it is not so scary to have their child playing or studying with a special needs kid after all.

And their children will form the foundation of a truly inclusive Singapore.

And those with disabilities will no longer be apart from society, but a part of it.

A version of this article appeared in the print edition of The Straits Times on June 09, 2016, with the headline 'The hard - and heart - part of inclusiveness for the disabled'. Subscribe
Topics:
More
Whatsapp Linkedin FB Messenger Telegram Reddit WeChat Pinterest Print Purchase Article Copy permalink