SINGAPORE - The name of the revamped World War II gallery space at the Former Ford Factory has been changed to Surviving the Japanese Occupation: War and its Legacies.

The National Archives of Singapore showcase had been named Syonan Gallery: War and Its Legacies, sparking a public outcry over the use of the word "Syonan".

In a statement on Friday (Feb 17), Minister for Communications and Information Dr Yaacob Ibrahim said he had read comments made on the issue over the past two days and received many letters from Singaporeans of all races.

He said people shared with him how the words "Syonan Gallery" had evoked deep hurt in them, as well as their parents and grandparents.

"This was never our intention, and I am sorry for the pain the name has caused," he said. 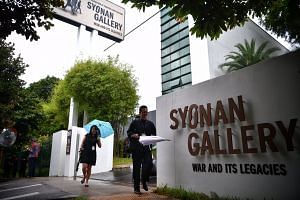 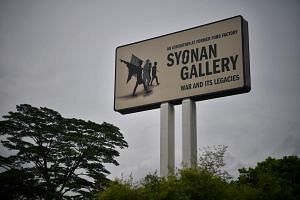 Syonan Gallery exhibition at the Former Ford Factory is a reminder of a traumatic period in Singapore history: PM Lee

Singapore was renamed Syonan-to by the Japanese in 1942, following the British surrender. It means "Light of the South".

The museum, which is part of the Former Ford Factory in Upper Bukit Timah Road, was previously called Memories at Old Ford Factory.

Critics have questioned the use of "Syonan", which some have said glorifies the occupiers of Singapore and is "insensitive".

"Far from expressing approval of the Japanese Occupation, our intention was to remember what our forefathers went through, commemorate the generation of Singaporeans who experienced the Japanese Occupation, and reaffirm our collective commitment never to let this happen again," he said. "The name of the exhibition reflected the time in our history when Singapore was forcibly renamed 'Syonan'."

He noted that the word 'Syonan' has been used before to factually describe this difficult period. For instance, in 1992, for the 50th anniversary of the Fall of Singapore, an exhibition at the National Museum was titled "When Singapore was Syonan-to".

"But this particular exhibition name provoked a strong reaction. Over the past two days, I have read the comments made on this issue, and received many letters from Singaporeans of all races," he said.

"While they agreed that we need to teach Singaporeans about the Japanese Occupation, they also shared that the words 'Syonan Gallery' had evoked deep hurt in them, as well as their parents and grandparents."

The contents of the exhibition remain unchanged. "They capture a painful and tragic period in our history which we must never forget, and which we must educate our young about. It is vital for us to learn the lessons of history, and reaffirm our commitment never to let this happen to Singapore again," he said.

Mr Khaw said the exhibition is an important reminder that Singapore must never take  peace and sovereignty for granted. "It is a good exhibition and I will be visiting it with my Sembawang residents," he said. He said some of them have parents or grandparents who were killed during those dark days.

"My own maternal grandfather died of starvation and for lack of medical care while in hiding," he added. This was why the earlier name provoked such a strong reaction among a segment of the population, he noted.

He said: "It does not mean that we should strike 'Syonan' out of our vocabulary but using it to name the Gallery can unintentionally cause hurt."