SINGAPORE - The signs for the revamped World War II gallery space at the Former Ford Factory in Upper Bukit Timah Road have been tweaked after a public outcry over the appropriateness of calling it Syonan Gallery.

The new signs now reflect its full name, Syonan Gallery: War and its Legacies, and include the phrase An Exhibition at Former Ford Factory.

Last week an active discussion ensued when signs showing just the words Syonan Gallery were unveiled outside and near the building.

On social media and in the Forum page of The Straits Times, some said that calling it Syonan seems to honour the Japanese occupation of Singapore during World War II.

Singapore was renamed Syonan-to by the Japanese in 1942, following the British surrender. It means "Light of the South". The museum was previously called Memories at Old Ford Factory.

At the official launch of the revamped museum on Wednesday (Feb 15), the 75th anniversary of the fall of Singapore to the Japanese, Dr Yaacob Ibrahim, Minister for Communications and Information, said it was understandable that the name Syonan Gallery has evoked some strong reactions in the community.

He said that some older Singaporeans who lived through the Japanese Occupation feel that the name legitimises the occupation while others say that Syonan was a painful fact of history, and that "we should call it what it was". 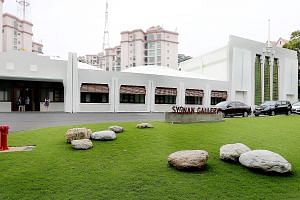 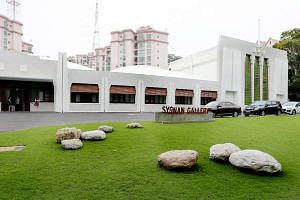 Why should we name our gallery Syonan?

Dr Yaacob said that the reactions reflect the indelible imprint left by the 3.5 years of Japanese Occupation on Singapore and its people.

"Younger Singaporeans did not have the same indelible life experience as their parents and grandparents. But I hope this gallery will give them a sense of what it was like to live through that dark period, and inspire all of us to build and defend our nation." He said using the name Syonan does not express approval of the Japanese Occupation.

Syonan Gallery exhibition at the Former Ford Factory is a reminder of a traumatic period in Singapore history: PM Lee

Instead, he said it "remembers what our forefathers went through, commemorates the generation of Singaporeans who experienced the Occupation, and reaffirms our collective commitment never to let this happen again".

The gallery, he said, is a reminder of how precious the country's sovereignty is, noting that during the Japanese Occupation, Singapore lost not only its freedom, but also its name.

The Former Ford Factory is gazetted as a national monument and its name remains unchanged.

The new museum space, operated by the National Archives of Singapore (NAS), was a year in the making.

The gallery has been divided into four zones. The first three zones cover life in pre-war Singapore, the events leading to the fall of Singapore, and the suffering of the people as well as the resilience and adaptability shown during the Occupation.