In his photo album, there is a faded sepia shot of Mr Fong Ah Ngow with five young workers in a factory.

The year was 1965. The place: the knitting department of Swan Socks, Singapore's first socks factory that had opened just a year earlier in Jalan Tukang in Jurong.

While the factory no longer exists, the friendships forged inside its walls remain. Mr Fong, now 71, and his former colleagues meet several times a year to reminisce about the old days. For four years, he was a technician who looked after the sock-knitting machines.

"The men usually manned the machines, the women did the sock-cutting," he said.

A few weeks ago, Mr Fong posted the old photo, taken by a Japanese engineer, on Facebook in the hope of finding former colleague Ong Lay Kheng, who the group lost touch with after she migrated to Canada, probably by the 1980s. 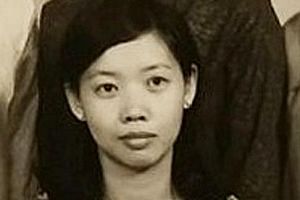 Mr Fong, now a grandfather of five who joined the factory in 1964 and left in 1968 to train as a teacher, had previously contacted the Singapore Consulate-General in Vancouver for information on Madam Ong, but to no avail.

While most of his former colleagues are here, others have migrated. One now lives in Perth with his family. Another runs a business in Thailand. In 2014, the group started making an effort to meet more often after one of them, who now lives in Fuzhou, China, put up advertisements in Lianhe Wanbao to find her old friends.

Nine days ago, about 15 of them reunited at a residents' committee centre in Boon Lay for dinner and karaoke as former colleague Gerard Sin, 67, now an Australian citizen, was back in Singapore for a visit.

"I was happy to know some of us are doing quite well," said Mr Fong.

Also present was Madam Teo Kim Lian, now in her 70s, who used to help remove fabric from the sock-knitting machines and cut them to size. Said the grandmother of two: "As old people, we don't know how often we can get to meet, so we were very happy."

Their memories are those of a bygone age, when Singapore was undergoing labour-intensive industrialisation. Swan Socks Manufacturing Company, established under the Pioneer Industries Scheme, expected to make 3.5 million dozen pairs of socks a year.

Said Mr Fong: "All those army socks were produced by us."

He added: "In those days, our pay was fairly low. The girls started with $3 per day, and earned $4 per day after four years.

"The boys started with $4 per day, which increased to $5. We were on rotating shifts, from Monday to Saturday, and went home once a week. There were no five-day weeks in those days."

By 1988, the factory had expanded to make better-designed fashion socks. But it stopped operating shortly after that, as other companies offered cheaper products.

For Mr Fong, the workers' similar identity card numbers are a "unique" testament to their shared history. He said: "Singapore had just become independent. We had to make new ICs - the registration office came to our factory. We are very sure the first four or five digits of our IC numbers are the same."

In the early 2000s, he met a woman at a school where he was teaching. "I looked at her IC number and said, 'You must (have been) from Swan Socks factory.'" He was right.

Mr Fong, previously a technical teacher at NorthLight School, is now a part-time SkillsFuture teacher with the People's Association.

His old friends are still dear to him.

"We lived in the same block (near the factory) for four to five years, and took the factory bus to work together. Sometimes we spent more than 18 hours a day together, from morning till evening," he said.

"Now we are advanced in years.

"If we don't meet now, we might not meet again."

A version of this article appeared in the print edition of The Straits Times on December 27, 2016, with the headline 'Swan Socks and the ties that bind'. Subscribe
Topics:
More
Whatsapp Linkedin FB Messenger Telegram Reddit WeChat Pinterest Print Purchase Article Copy permalink